THREE years of hard work and more than $100,000 have given rise to a homemade monster truck that can traverse even the toughest terrain. 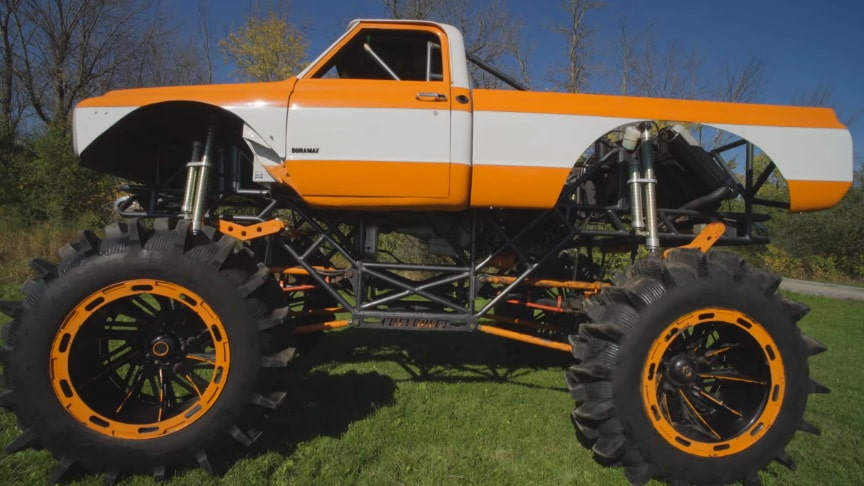 Jordan ‘Joe Fly’ of Oxford Mills, Canada built his ‘Mega Truck’ completely by himself after discovering no-one made a prefabricated kit to work from.

His 10ft high behemoth weighs in at 10,500lbs but that doesn’t stop it from performing huge jumps with ease.

Jordan said: “There’s not much it can’t go over or under or through.”//Barcroft Cars