The 1965 Ford Mustang.Trifecta.Bradly Gray and the Blown Mafia rolled into the 2018 Summit Racing Equipment Atlanta Motorama with latest creation to come from the Mad Scientist.Three blowers on a LSX 427.With a 250 shot of NOS.Just for good measure. 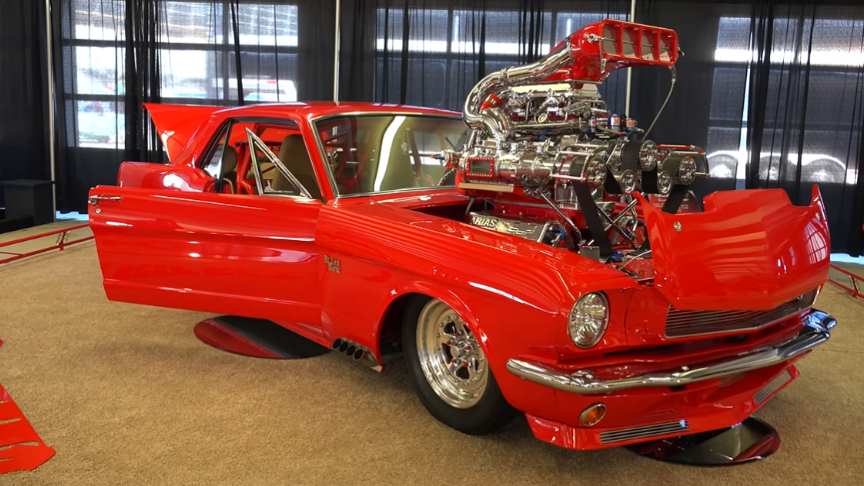 This 1965 Ford Mustang “Trifecta” is done to the level of Bradly’s 69 Camaro.I cringe and say.Maybe a little better both cars are absolutely rolling works of art.

The Mustang colors are close to the 69 Camaro.With the Blown Mafia trademark red with a tan interior.The interior has a really cool feature that starts in the console and runs through into the trunk.

There are several places that have see troughs so all that work can be seen.Very cool.When Bradly Gray and the Blown Mafia shows up you know the party is on…This year at the 2018 Summit Racing Equipment Atlanta Motorama was no exception.They ROCKED the house one very cool build for sure…This 1965 Ford Mustang may be the one that really does break the internet!!.via/read more: ScottieDTV