Check out this 1966 Chevrolet Chevelle that was invited to the 2019 Concept One Pulley Systems Track Day from the Atlanta Motorsports Park..Kent tells me that when the car showed up at His Hot Rod Shop it was a pretty nice big block clone and that the current owner wanted to make some driveability changes but wanted to keep that stock 1966 Chevrolet Chevelle Muscle Car look about it. 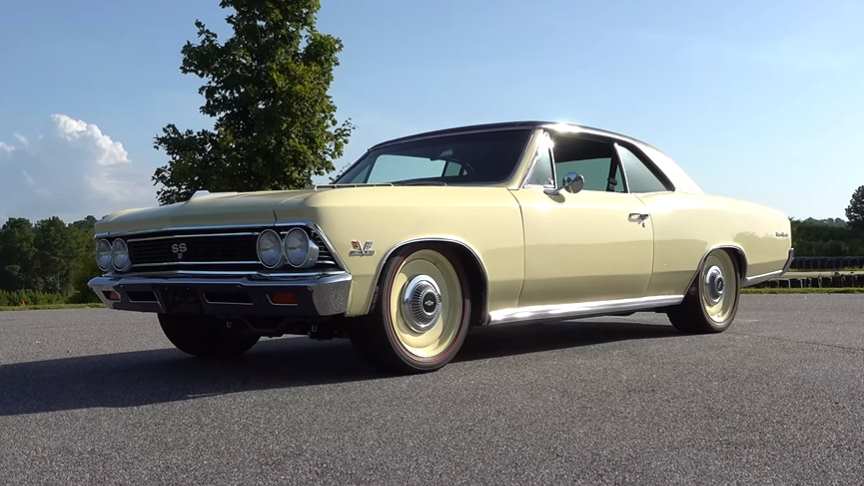 They decided not to paint the car.Just make what was there look as good as they could.If it was yellow. They didn’t change it.The rest of the car was fair game.This 1966 Chevelle has all new Chassis and suspension.A LS3 from Mast Motorsports under the hood it that has been made to look like a old school small block Chevy.

Old School cool with all the modern day reliability and performance Three pedals on the floor with a 5 speed..Very cool for sure…The interior is all custom but they worked hard to make it look as stock as possible yet upgraded and cooler.It also has a matching vinyl top.

Haven’t shot a vinyl top car in a long time.This 1966 Chevrolet Chevelle from the 2019 Concept One Pulley Systems Track Day from the Atlanta Motorsports Park is a very cool Hot Rod and even as nice is it is.It was built to be driven.Make sure you stick around to the end of the video for verification./ScottieDTV