A CALIFORNIAN father and son have teamed up to supersize the classic Volkswagen Beetle. The VW enthusiasts upscaled the car by 40%, making it bigger than a Hummer. 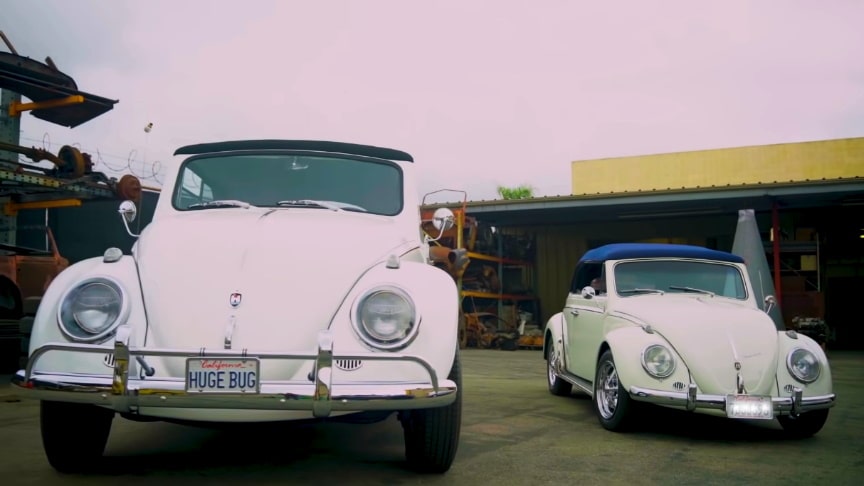 Scott Tupper, the younger generation of the duo, told Truly how the idea developed. “My dad and I thought it would be nice if we had a Volkswagen that was comfortable and not feel like you’re going to get run over in traffic.”

Once the idea was hatched, they went about making the dream into a reality. “We had a 59 Volkswagen convertible, we digitized it, scanned it everywhere, took it apart, and made each part 40% bigger on the computer.”

Unsurprisingly, the vehicle has caused a lot of buzz on the roads. “People chase you to try to get up next to it, they almost run you off the road because they’re not looking where they’re going.”/Barcroft Cars