AERIUM is Steam Punk themed motorcycle that runs on compressed air.This amazing motorcycle which goes by the name of AERIUM, was made by the custom motorbike builder Peter Forsberg, and took him 3 years to create. 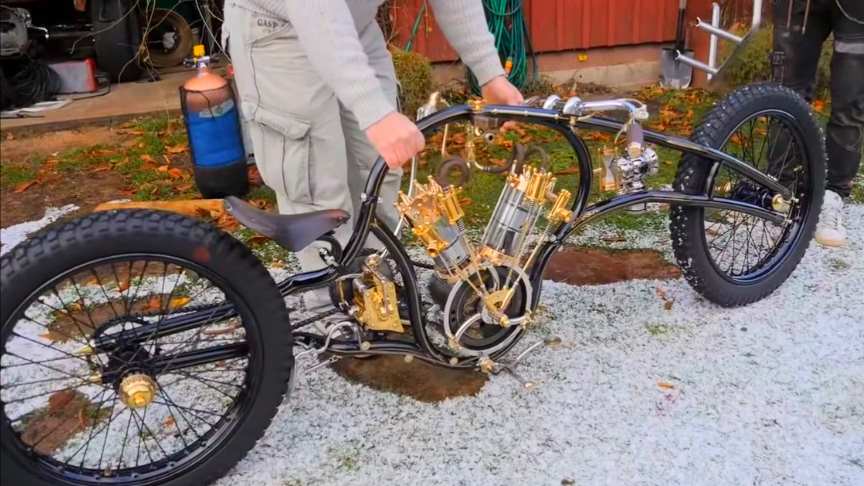 The most attention grabbing detail about this bike, is it’s visible mechanical components, were you can see pistons, pushrods and crankshaft, through the glass installed in the engine.

The bike runs on compressed air from a tank strapped to the rider back, but only has enough air for about a 3-5 minute ride.

Peter wanted to enter the bike in a custom bike competition, but one of the rules was, the bike had to be rideable, for it to be entered into the competition.So the bike was not made for speed or the ability to ride far, just fast & far enough to ride it up on stage.via/read more: Wonder World