Robert Warren conceived it while he was laid up in hospital, facing a life-threatening illnes,when struck with a serious illness, Robert knew he needed something to take his mind off it.So whilst in hospital, with time on his hands, he planned his next round of personal therapy, of the mechanical variety. 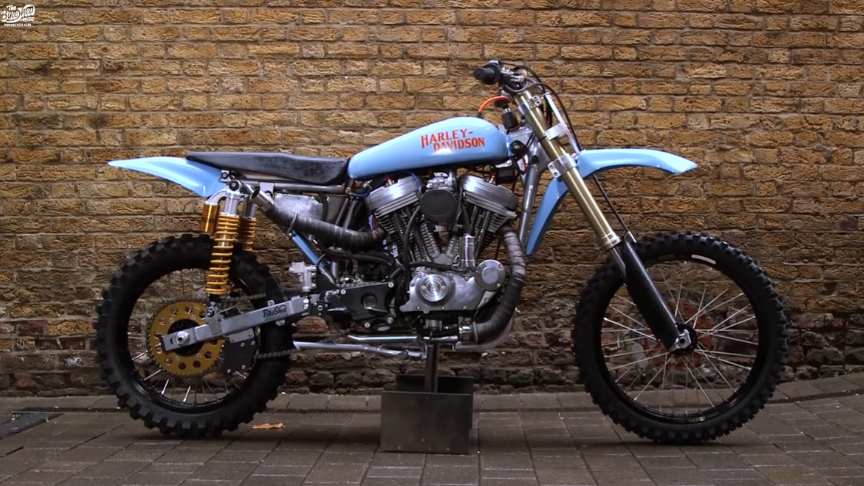 Starting with a 2004 Harley-Davidson Sportster 1200, he had a vision of creating something a bit different to what we normally see used for motocross. Robert and his son Jordan set about on a shed build with a goal of racing it at Malle Mile 2019./ Bike Shed Motorcycle Club

Throughout ongoing treatment, Robert and Jordan could be found keeping busy in the ‘shed’, stripping the donor back to just front frame cradle and motor with a goal of shedding as much weight as possible.

They built everything from tank, swing arm, rear subframe, fibreglass mudguards and more. They machined many of the components from billet aluminium and as a result shaved off 180kg from the curb weigh. It’s an off-road machine that sounds every bit as mean as it looks, so much so that we need to check the windows at The Bike Shed for cracks! more info: thebikeshed