In this video from the 2021 Goodguys Nashville Nationals I check out this Mako Shark II Chevrolet Corvette.When I first spotted this car I had no idea what I was looking at.After some research and a few phone calls I was able to get the skinny on this crazy custom. 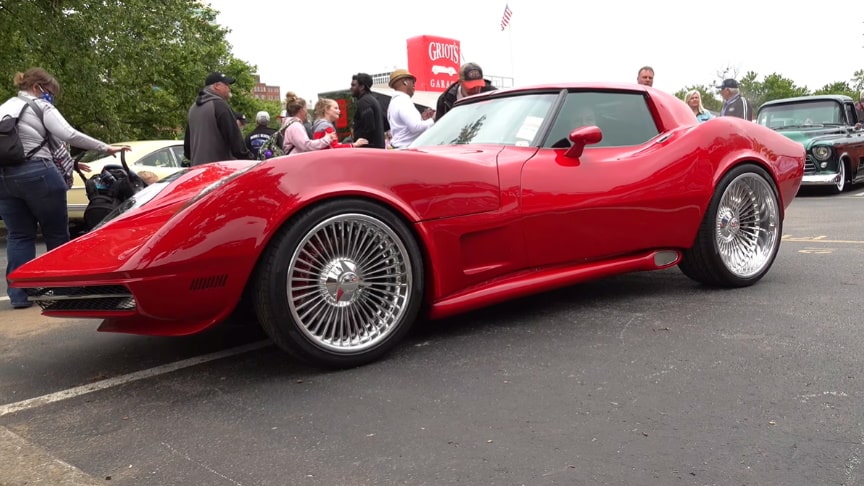 This Mako Shark II Corvette started life as a 1982 Chevrolet Corvette.The body is all custom and covered in a bright red paint.As far as body modifications.There are to many to list.Pretty much every panel been modified.This car took 5 years to build.The interior is partly custom and partly 1982 Vette.

It has all been recovered in black leather with red stitching.Turned out nice and fits the rest of the build really nice.The drivetrain is still 1982.Johnny the owner drives this car and wanted something that would draw attention…But He could put the key in and drive anywhere He wanted to.

Wheels are always a personal choice and no one set will please everyone.I’m good with the 22′ they chose to run.They have the style of the original wheels that were on the 1st Mako Shark from Chevrolet…This Mako Shark II Corvette from the 2021 Goodguy’s Nashville Nationals is one that people are going to love or hate..But one they will never forget.Check it out!/ScottieDTV