TAKING inspiration from the Japanese car scene, Aquilla, from Honolulu, Hawaii has created a unique set of wheels that always turns heads when he’s out on the freeway. His special Subaru is a blend of two different car styles; the Shakotan and the Onikyan. 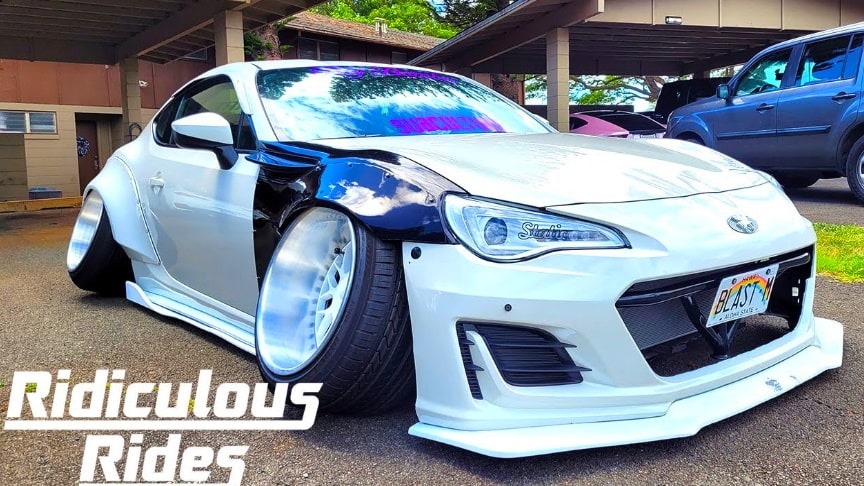 The Shakotan style means that the car is incredibly low to the ground and has stretch tyres and the Onikyan describes the incredible amount of camber the wheels have. To say that Aquilla’s ride is a low rider would be an understatement.

This Subaru V5 sits just one inch above the ground making it a super bumpy ride. Along with that, the steering wheel can only turn 180 degrees making u-turns an impossible maneuver for the driver.

Despite these limitations though, Aquilla has devoted himself to perfecting the car’s unique look. Occasionally he gets some comments saying the car looks a bit ridiculous but this doesn’t bother him, he said: “I get lots of different opinions about my car but it doesn’t matter because I love it.”/Barcroft Cars