Youtubers Father & son team, Dan and Lincoln Markham of the What’s Inside youtube channel, used a knife to cut open the official FIFA World Cup game balls from 1930, 1970, and the Adidas Telstar ball from 2018 to see what’s inside./laughingsquid To design the most technologically advanced World Cup ball in history, Adidas had to go back to a time when TV transmissions were mostly in black and white, soccer balls were made from heavy, unforgiving leather and chips were something you put in cookies, not sports equipment.

The first time a World Cup game was played with an Adidas ball was 1970. The black and white pentagon panels of that product, the Telstar Elust, became synonymous with the sport.

Roland Rommler’s job as Adidas’ category director for global football hardware was to help recreate that ball for this summer’s tournament in Russia, while adding technological advances that would have qualified as science fiction a half century ago. 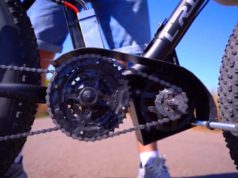