As it turns out, a propeller isn’t the only way to generate thrust to fly. The Cyclocopter is a unique drone platform with cycloidal rotor propulsion and thrust vectoring capabilities that allows for some interesting flying qualities. 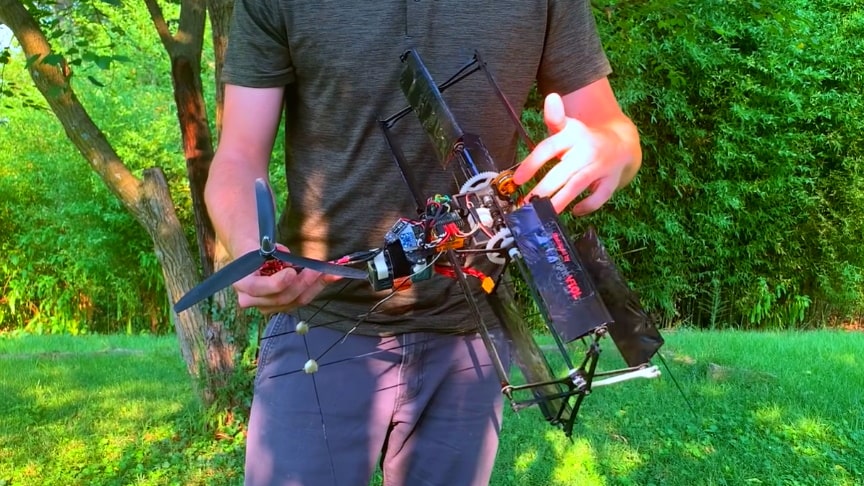 With rotors that rotate around the horizontal axis rather than the vertical axis, this thing doesn’t look like it should be able to fly. Not to be confused with similarly looking magnus effect vehicles, the cyclorotor generates thrust by pitching the blades once per revolution so that they always have a positive angle of attack with respect to the incoming airflow. Watch the video from Nicholas Rehm:

The position that this pitching angle occurs can be adjusted with a servo and a clever control rod mechanism so that the thrust direction can be instantly vectored in any direction.

With some adjustments in the flight controller, the cyclocopter can translate forward and backward in what I like to call “Slidey Mode,” rather than needing to pitch the whole body to move./Nicholas Rehm 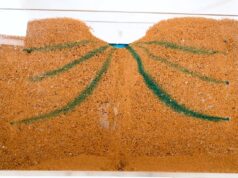