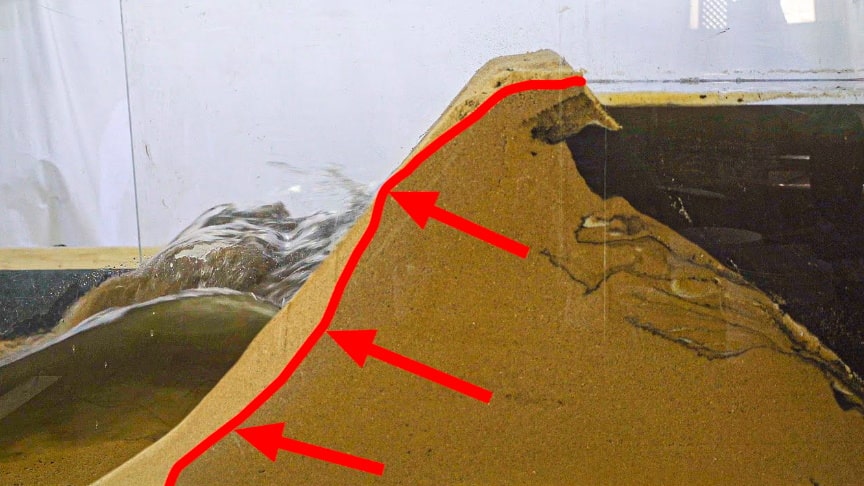 Why do natural and man-made dams quickly collapse when the water level exceeds the height of the barrier, rather than just allowing the water to gradually overflow?A small model dam, made up of sand and gravel.

Water poured behind it, the line of saturation seen moving through the dam. Until failure of the dam. The water is slowly drenching the sand until the model dam bursts and collapses.

The cause of the collapse was found to be the hydraulic piping or internal erosion caused by water seeping through the soil, weakening the overall structure. So to prevent this, engineers dig walls below the surface to slow down Darcy’s Law and soil liquefaction or in layman’s terms, when soil behaves like water. This is quicksand.Dam failures are comparatively rare, but can cause immense damage and loss of life when they occur.