The Boxabl Casita is a $49,000 home that begins as an easily-transportable 8-foot wide box and unfolds into 375-square-feet of living space. 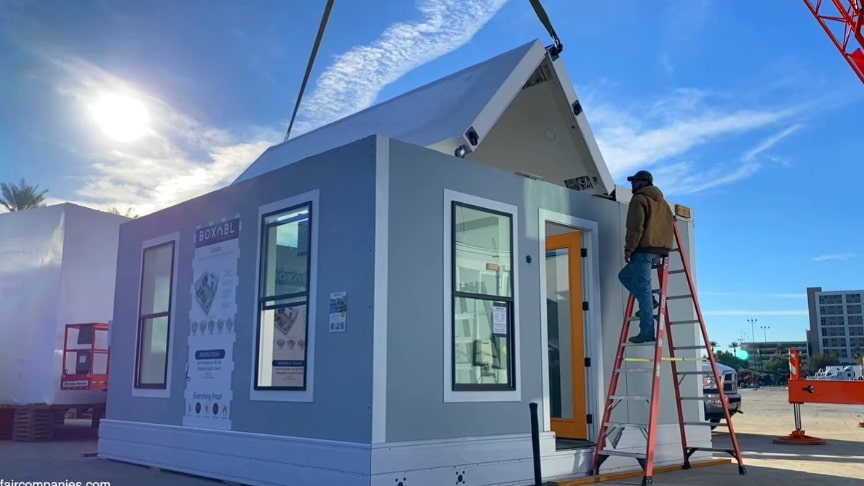 In under an hour, it unfurls to reveal a kitchen with a refrigerator, double sink, oven, and dishwasher and a bathroom with a shower/tub, sink, counter, mirror, and sliding glass door.

Father/son team Paolo and Galiano Tiramani have been prototyping the idea since 2017 and have recently moved into a 170,000-square-foot factory in order to mass-produce their “instant house”. Galiano explains, “Ford builds one F-150 every 53 seconds. We want to beat that.”

Galiano calls the Casita a universal building block and says that they can be stacked or placed side by side to create other housing configurations. They plan to release other box sizes in the future: “likely 20×20, 20×30, 20×40, 20×60”./Kirsten Dirksen