Dam failure can take several forms, including a collapse of, or breach in, the structure.  While most dams have storage volumes small enough that failures have few or no repercussions, dams storing large amounts can cause significant flooding downstream. 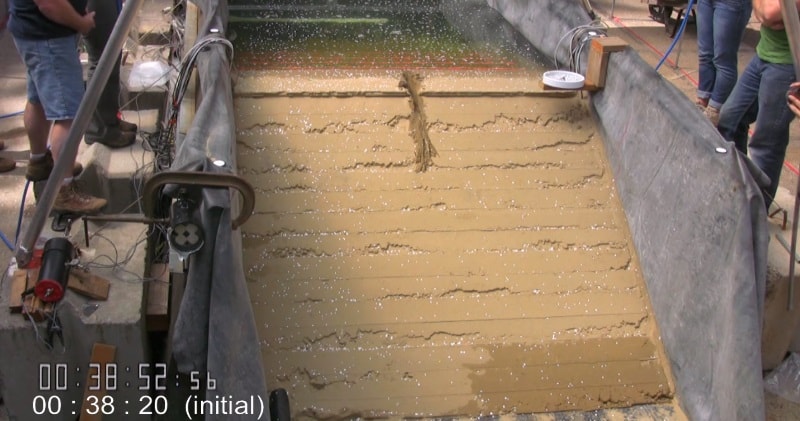 Why do natural and man-made dams quickly collapse when the water level exceeds the height of the barrier, rather than just allowing the water to gradually overflow?In this dam-breach experiment, a 1-m deep overtopping pond triggers a small flood by gradually eroding the compacted-sand barrier. 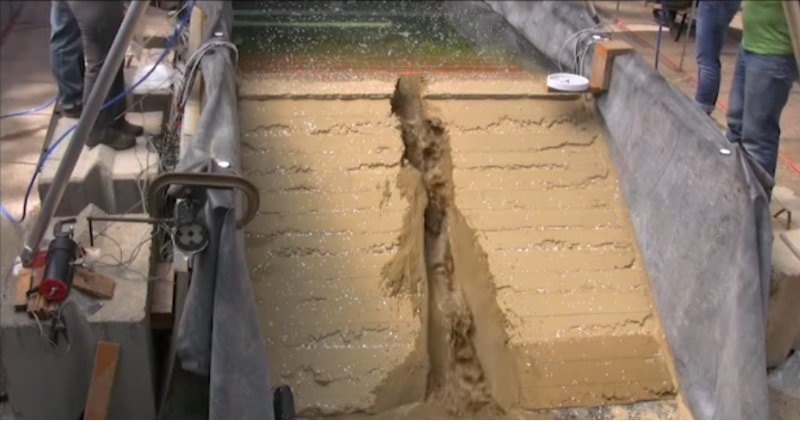 Most dams have a section called a spillway or weir over or through which water flows, either intermittently or continuously, and some have hydroelectric power generation systems installed.

Previous studies on dam-breach processes failed to produce detailed data of the failure. This theme of activity aims at improve the simulation tools for discharge hydrographs applicable to generic embankment dams by surpassing the openings found in previous studies.

Dams are considered “installations containing dangerous forces” under International Humanitarian Law due to the massive impact of a possible destruction on the civilian population and the environment. Dam failures are comparatively rare, but can cause immense damage and loss of life when they occur.