On November 15, 1988, the world learned that the Soviet Union also had their own space shuttle. It had been secretly under development for well over a decade and it had cost the Soviets billions to build it. Several of the spacecraft were in various stages of construction. But the Soviet shuttle, named the Buran, would only ever launch once. Its development had largely been driven by the need to respond to the perceived military potential of the NASA Space Shuttle. 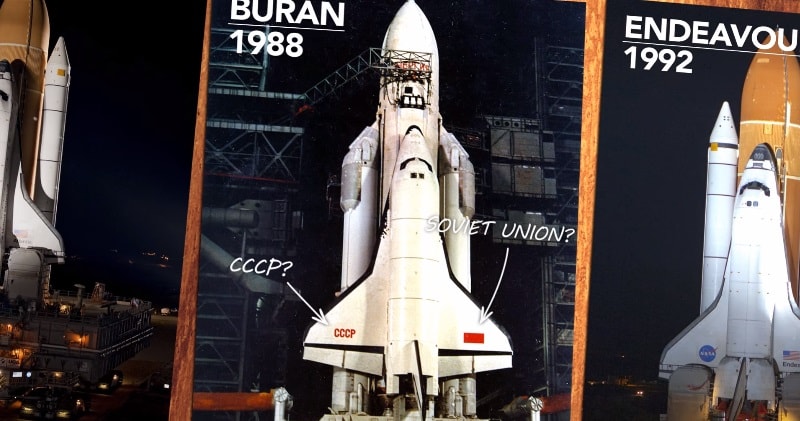 When the Buran was first launched, the world speculated that it would be used to build Soviet space stations or even assemble spacecraft for a manned mars mission. But as the Soviet Union began to collapse, funding for the Buran program was limited and eventually eliminated. 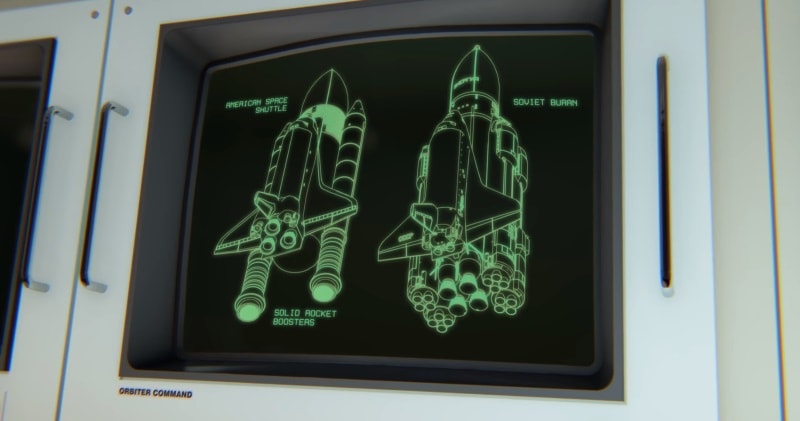 There’s no denying that the Buran looks very similar to the Space Shuttle. But in many ways, the Buran was quite different from the NASA Space Shuttle. The Buran orbiter didn’t have integrated main engines. Almost all of its lifting power was provided by a separate super-heavy rocket called Energia, which consisted of a core stage and 4 liquid-fueled boosters. Unlike the Space shuttle, which was a single system, the Buran orbiter, and its lifting rockets were actually two separate systems. 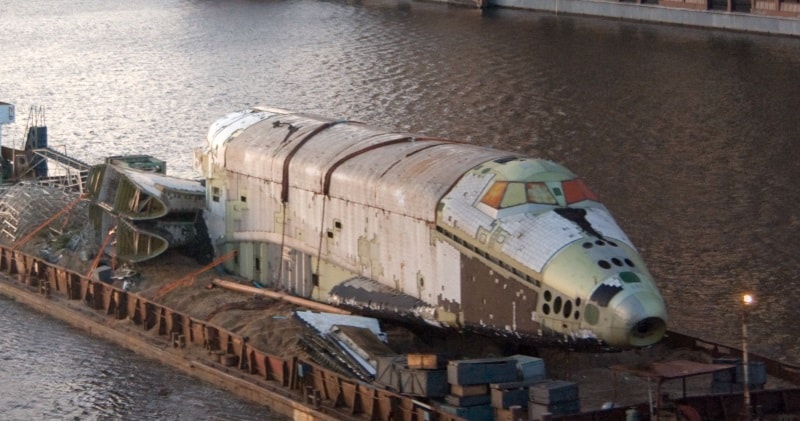 While the Shuttle, with its integrated engines, was more reusable, in practice, it required intensive maintenance between launches, which offset a lot of this advantage. But once in space, the Space Shuttle’s integrated engines no longer served a purpose. So, for most of the Shuttle’s mission, it was forced to haul around thousands of pounds of dead weight.

Without integrated engines, the Buran could carry slightly more payload than the American Space Shuttle. But the Energia rocket could launch by itself, without the Buran attached. That meant it could carry external payloads into space, and could launch an astounding 100 tons. From the outset, the Buran was also capable of fully automated flight, meaning it could be launched, put into orbit and returned back to earth without any crew on board.

In the final days of the Soviet Union, when it was clear that the American shuttle had no meaningful military potential, the Soviet military no longer wanted anything to do with the Buran. The Soviet space community was left with a spacecraft that was expensive, complex, and largely without a real purpose.