One of this year’s biggest New Year’s Eve firework displays came from Ras Al Khaimah in the United Arab Emirates.Guinness World Records were on hand to record the launch of the world’s largest firework into the record books. 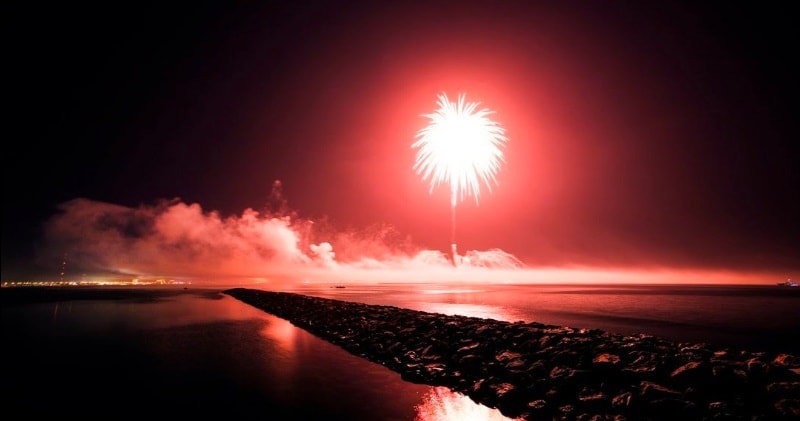 The shell spectacularly detonated at a height of 2,200 feet.The shell was created by Grucci Fireworks and shipped from America to the UAE where their technicians put the finishing touches to the set up for a spectacular New Year Fireworks display.

Watched by Guinness World Records adjudicators the launch of the new record holder for the world’s largest firework welcomed in 2018, lighting up the sky in the colours of the UAE flag. will finally be loaded and the entire construction put in position ready for the big night.