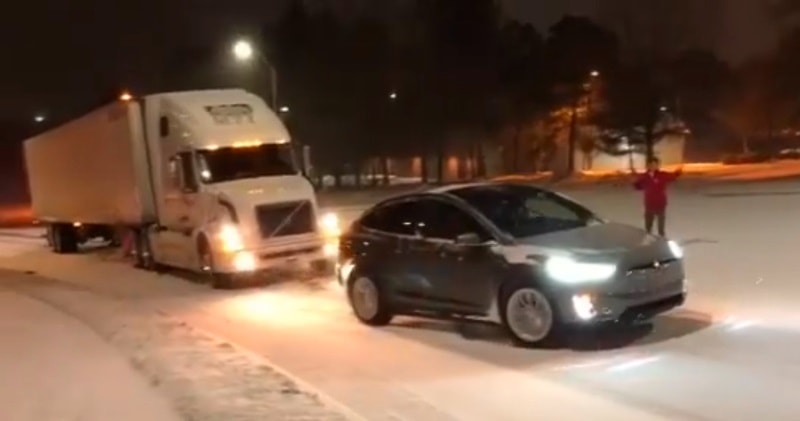 Kyle Conner filmed his friend Ben Spreen pulling the truck with his Model X up a hill where the truck could get better traction.The all-electric luxury SUV took to the roads during a snowstorm and was able to use its surprisingly capable powers to pull the semi out of its predicament with ease.

Considering a typical Class 8 tractor-trailer combination weighs around 35,000 pounds, and the Model X tow package is only rated for pulling up to 5,000 pounds of weight, it’s amazing the vehicle got anywhere near actually pulling the vehicle up the hill.

The video gives no explanation as to how such a feat is possible and has left other viewers scratching their heads.It’s believed the Telas electric motor helps provide a high level of torque and it is this which provides the pulling power.