Diesel engines are the most versatile IC Engines. With help of animation working of Diesel engine is elaborately explained in this video. Here the basic construction of diesel engine, its working and mechanical design aspects are covered. 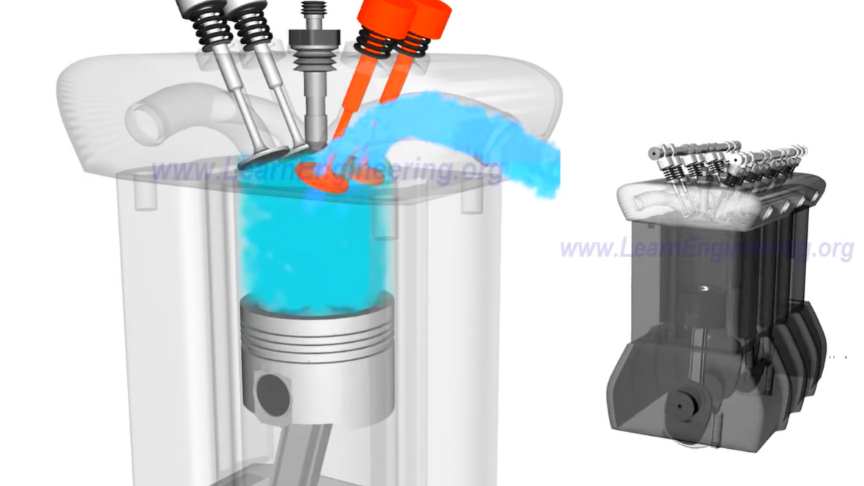 Starting from working of single cylinder diesel engine, working of a four cylinder engine is logically explained here.Diesel engines work by compressing only the air.

This increases the air temperature inside the cylinder to such a high degree that atomised diesel fuel injected into the combustion chamber ignites spontaneously. With the fuel being injected into the air just before combustion, the dispersion of the fuel is uneven; this is called a heterogeneous air-fuel mixture.

The torque a diesel engine produces is controlled by manipulating the air-fuel ratio (λ); instead of throttling the intake air, the diesel engine relies on altering the amount of fuel that is injected, and the air-fuel ratio is usually high.Diesel engines may be designed as either two-stroke or four-stroke cycles. They were originally used as a more efficient replacement for stationary steam engines./wikipedia