There is only one An-225 in the world; It was built to transport the space shuttles of the Soviet Buran program, making it equivalent to NASA’s Shuttle Carrier Aircraft.In the video, you’ll see a gigantic Rc version of the world’s biggest plane. Possibly the only one of its kind. 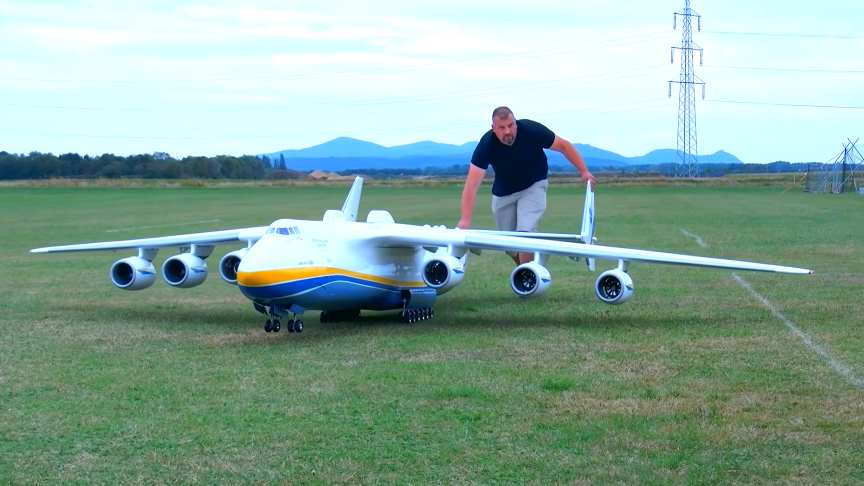 This giant RC Antonov is built by Michael Speier in a scale of 1:16, it has a wingspan of 5.8m, a length of app 5.3m. The airplane is powered by two Behotec JB-180 gasoline engines and four 90er EDF 6s electric fan engines, producing 8 kg of thrust. The airplane has a take off weight app: 93.5kg.

All of the engines together produce thrust app 47kg, the take-off weight of the airplane is 93,5kg. The model airplane has 32 wheels landing gear system.

The Antonov An-225 Mriya is a strategic airlift cargo aircraft It is powered by six turbofan engines and is the heaviest aircraft ever built, with a maximum takeoff weight of 640 tonnes. The Airlifter holds the absolute world records for an airlifted single item payload of 189,980kg.