As you can see there are no coils and no magnets in this motor.It is believed that the instantaneous thermal expansion at the points of contact between the balls and the race gives the balls a torque. 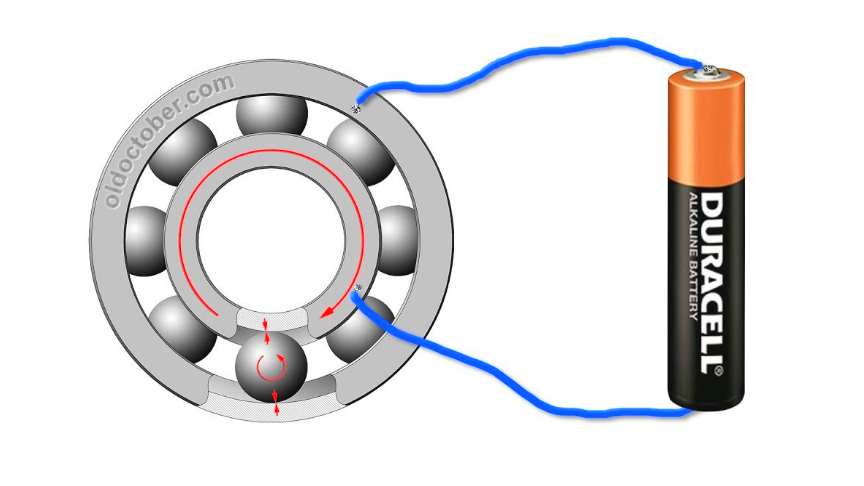 In this engine bearings were used with a diameter of 12 mm. The current flowing through the circuit is about 40 Amps. The voltage is 2 Volts. Watch the video from Iuri’s Workshop:

The main power is released in the form of heat. The twisting moment is miserly. Therefore, such engine does not find any practical application.If you doubt the operation of this mechanism, look for information on the on the Huber Effect.

This video shows another engine operating under the Huber effect.Unlike the previous engine, this motor has a coaxial arrangement of ball bearings and a shaft made of non-magnetic material.This motor does not contain any coils or magnets, yet it spins pretty fast.Watch the video from Iuri’s Workshop:

It is believed that the instantaneous thermal expansion at the points of contact between the balls and the race gives torque to the balls. But some scientists dispute this hypothesis.During engine operation, the following parameters were obtained: the current consumed by the motor and the voltage drop across the motor.To measure the current consumed was used a handmade shunt, assembled from ten resistors of 5 watts.