This was by far one of my favorite builds. Everything went well, and the bike works great! As you can see in the video, the roads around here are so bad we’d almost be better off going back to dirt and grading it once a month instead (I had to drive on the shoulder of my street – that’s how bad it is). 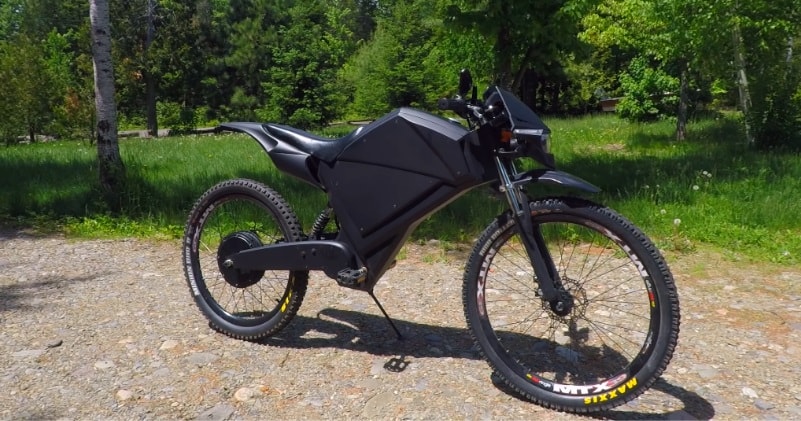 They’re rough, full of pot holes and raised culverts, and are a good test for the structural integrity of this bike. After 200+ km’s, so far I’ve had 0 problems and don’t anticipate any popping up in the future. This bike is solid. Its frame is basically a fiberglass reinforced glue-laminated beam, after all.read more: James Biggar 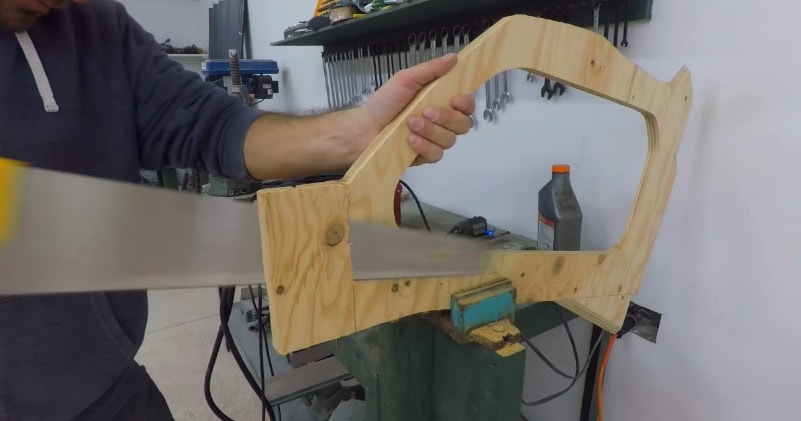 The motor is rated for 3000 watts continuous output, 5000 watts peak. It has loads of torque (max 85 Nm) for accelerating and climbing steep hills, a lot more than what I need. Top speed is rated at around 90 kph.

The battery consists of ten lithium 40V/5Ah Greenworks yard tool battery packs, which are wired in a series-parallel configuration to create a 72V/25Ah bank nominal voltage for the packs is actually 36V.//read more: James Biggar

In the video I take the bike for a ~35 km round trip from home to town and back, which took around 40-45 minutes and only used around 60% of a full charge.If I pushed it to the limit, I could probably get between 45-50 km’s per charge on avg terrain. Ideally, to make the battery life last as long as possible, they shouldn’t be drained more than 75% before recharging.