The Airbus A350 XWB is a long-range, wide-body jet airliner developed by Airbus. The A350 XWB is the first Airbus aircraft largely made of carbon fibre reinforced polymer. It has a new fuselage designed around a nine-abreast economy cross-section, up from the eight-abreast A330/A340. It has a common type rating with the A330. 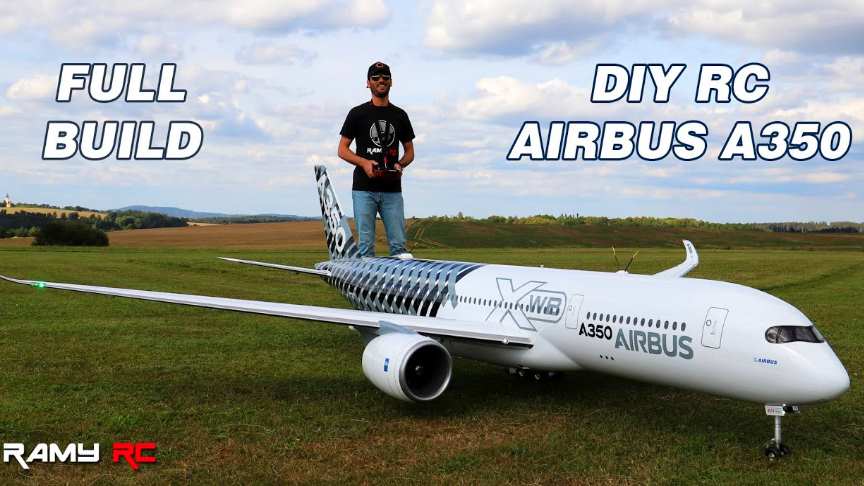 Here we have a giant scale RC Airbus A350 XWB completly self built by Ramy RC, the model is made from carbon fibre a very strong and suitable material for RC airplanes due to its resistance and lightweight.

Ramy RC spend 5 months building this airplane, the airplane is made completely out of Carbon fiber and 3D printed molds. The wing surfaces of the airplane are moulded in flat section and then glued onto the frames.

The details of the airplane are exelent, he built the airplane close as possible to the real thing, the airplane is equiped with retractable landing gear with servo actuated hatches. Thrust comes from a pair of powerful Schubeler HDS 120mm, 12s power EDF motors. The airpalne’s wingspan is 3.5 metersm the total weight is 21kg.