Cars front suspension is an independent suspension type which including a single suspension arm spring and damper, an anti-roll bar and a lower arm. The junction between sprang and unsprang masses is carried by a ball joint on the wheel side and a side frame axis to allow different suspension settings. 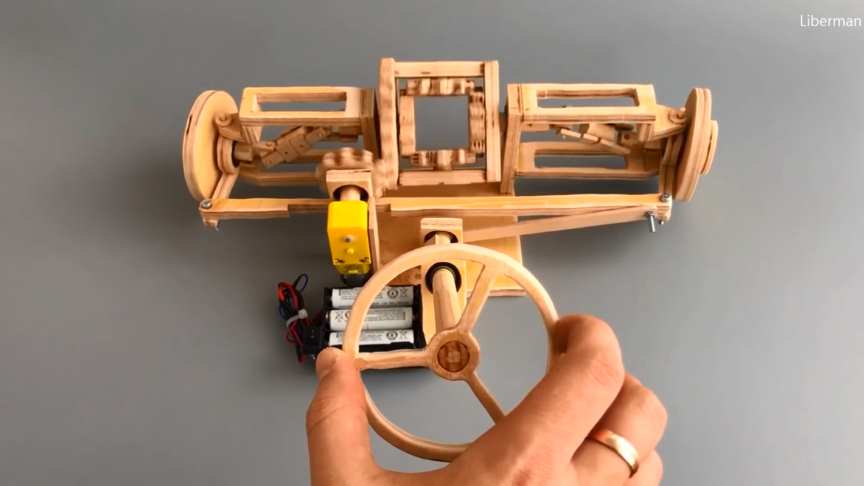 The system spring – damper is attached to the hub carrier. This arm is also used as steering axis.In this video I’ll show DIY Front suspension with differential and steering gear.

In this video youtuber Liberman builts a plywood model of a car’s front suspension with differential and a steering gear, he first prints all parts of the model in letter then uses them as a model to cut the plywood, he also installs a small electric motor to the model powered by three AA batteries. The model works perfect.

This DIY PlyWood Front Suspension is a perfect example on how a car fron suspension works. It is not beautiful in a stylistic sense it does not even have a body, but the technical functions have been thought through in detail.The front wheels can be steered using a wheel at the driver’s position. Liberman