A quadcopter or quadrotor is a type of helicopter with four rotors.Although quadrotor helicopters and convertiplanes have long been flown experimentally, the configuration remained a curiosity until the arrival of the modern UAV or drone. The small size and low inertia of drones allows use of a particularly simple flight control system, which has greatly increased the practicality of the small quadrotor in this application. 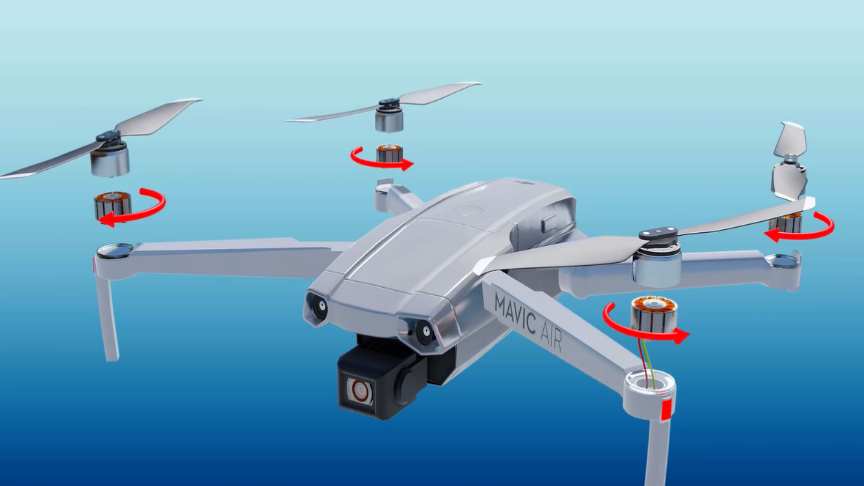 All quadcopters are subject to normal rotorcraft aerodynamics, including the vortex ring state.The main mechanical components are a fuselage or frame, the four rotors either fixed-pitch or variable-pitch, and motors. For best performance and simplest control algorithms, the motors and propellers are equidistant. Let’s learn the complete flight dynamics of the drones in this video by Learn Engineering.

Each rotor produces both lift and torque about its center of rotation, as well as drag opposite to the vehicle’s direction of flight.Quadcopters generally have two rotors spinning clockwise (CW) and two counterclockwise (CCW).