A DMV (Dual Mode Vehicle) is a rail vehicle that can travel on both tracks and roads and is an improved version of a microbus. 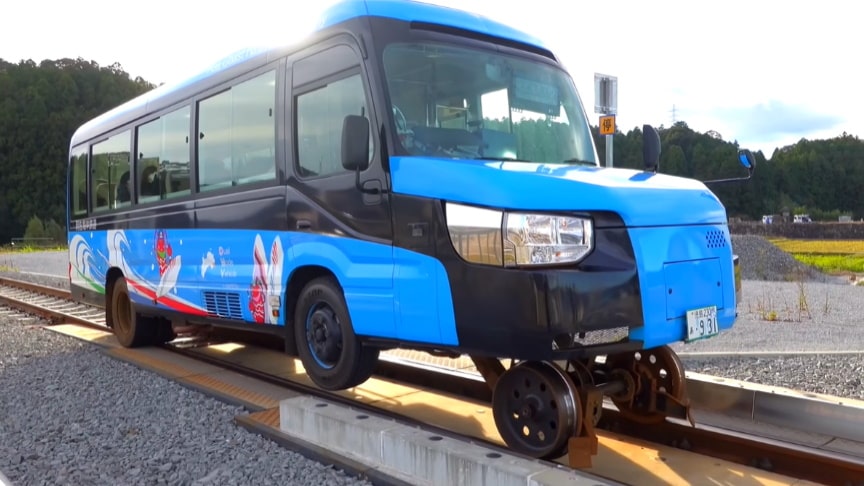 The Asa Coastal Railway in Tokushima Prefecture began operation on December 25, 2021.This is the only railway line operated by Asa Kaigan Railway.Watch the video from ITSUKA JAPAN:

The company’s name is abbreviated to the portmandeau Asatetsu. Since the line goes through a relatively sparsely populated area, it is under severe business stress, to the point where closure of the line has been proposed.

The railway company commenced operating road–rail vehicles, known as DMV (dual-mode vehicle) in Japan, on the Asato Line from 25 December 2021. The vehicles, 3 heavily-modified Toyota Coasters, are claimed to be the first in the world, will allow through service to areas without rail track laid.