In 1949, the US Navy Bureau of Aeronautics began a competition to develop this new convey fighter that had the specific ability to be launched from smaller vessles and would protect them until carrier forces could arrive. 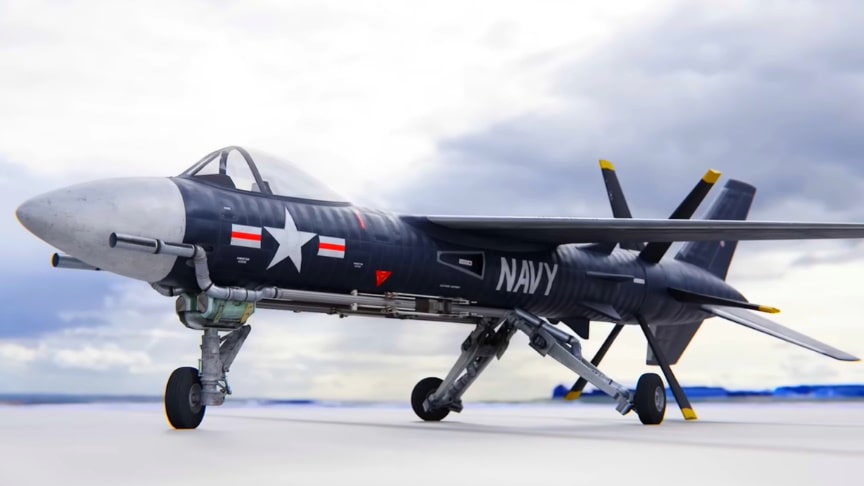 This plane would have a new class, called the VF, standing for Convoy Fighter, and have several conditions. The first, obviously, was the ability to take off from the deck of a convey ship.The second was the ability to fly close to sonic speeds at 45,000 feet.

A pretty mean feat considering it had to go sea level to 45k in 5 minutes.Carry a single pilot with an ejectable pressurised cockpit.Perform a combat role for at least 100 minutes to a range of 100 nautical miles.And land to be rearmed and refueled.

To get the best possible design they recruited five different aircraft contractors. The first, and the hero of our story was Gleen Martin company of Baltimore. In addition, there was also Lockheed, Northrop, Convair and Goodyear. Each with their own designs and concepts – one of which, the Convair pogo, we have already covered on the channel. So what was Martins design for the competition?