The Helicycle is a single-seat, semi-rigid 2 bladed main rotor, helicopter powered by a Solar T62-32 engine. Manufactured by Helicycle Ventures LLC in Mesilla, New Mexico as a kit, the aircraft is intended to be assembled by the owner and is considered a homebuilt aircraft. 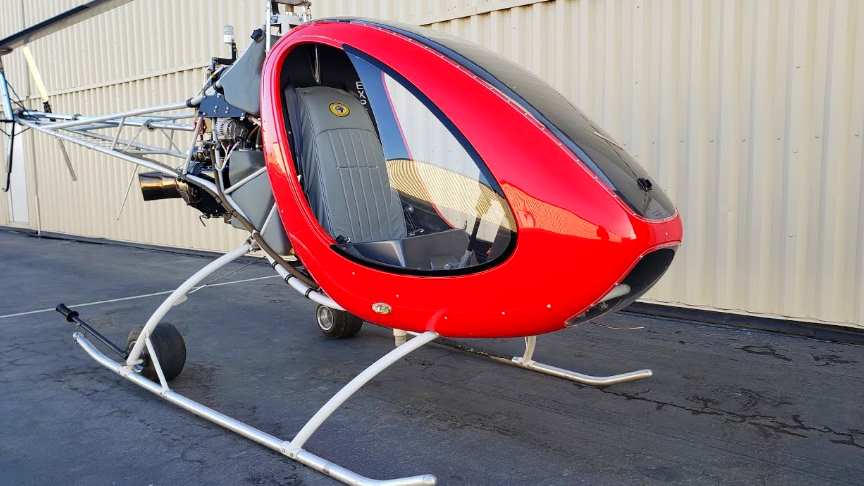 Here we have another single seater helicopter that is also turbine powered. There are differences between both helicopters, which we will cover in the video. Watch the video from MojoGrip for more info:

A big factor with these homebuilt helicopters is the fact that You don’t need to get a helicopter license to fly one. Although it is highly recommended that you receive proper training and get a license. Like the Mosquito, the Helicycle is also considered an experimental aircraft by the FAA.

Specific design features include a fully harmonized rotor, a modulated collective pitch system, very low twice-per-revolution vibration level due to elastomeric thrust bearings, a sufficient flapping angle for low-“G” maneuvers and slope landings, control friction devices, and an electronic throttle control (governor).The feel of the controls in the Helicycle is modeled after that of the Robinson R22, such that quick stops and autorotations are performed similarly in both aircraft, reportedly allowing new pilots to transition to flying their kits with minimal adjustments.via/read more: wikipedia