The Blohm Bo 105 is a light, twin-engine, multi-purpose helicopter developed by Bölkow of Ottobrunn, West Germany. It was the first light twin-engine helicopter in the world, and the first rotorcraft that could perform aerobatic maneuvers such as inverted loops. 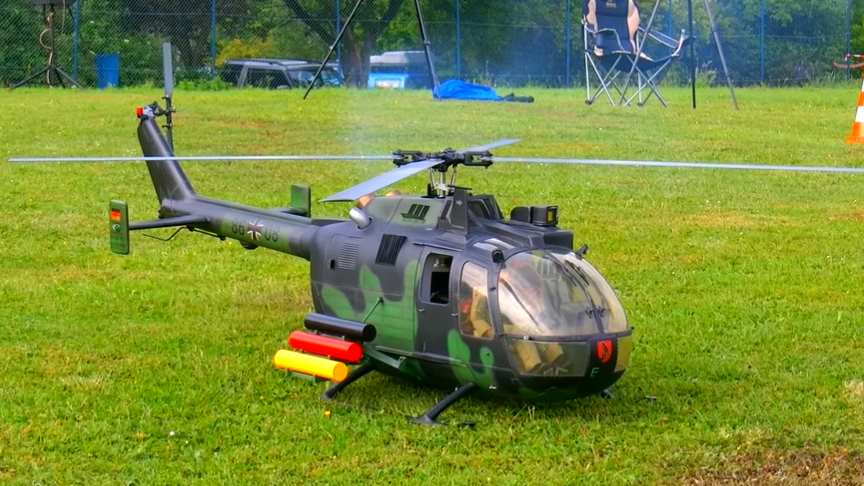 This giant rc BO-105 PAH accurately recreates the real life helicopter. The model helicopter has a rotor diameter of 2.00m with a take off weigh of 16kg, the helicopter is powered by a Turbine PHT-3 turbine engine.

The pilot of this helicopter in this video is Oliver Genz.Another very pronounced details of the model helicopter are the HOT missile launch tubes on both sides.

The Bo-105 is finished in a wrap round camouflage of dark grey and dark olive green which seemed to suite the kit very well. The decals included standard markings or highly attractive colourful markings, complete with a full set of coloured HOT missile tubes.