The Lamborghini LM002 is a unique off-roading beast! Nicknamed the Rambo Lambo it put the Countach’s V12 into a military vehicle capable of attacking any terrain. Not many were ever built but on a visit to We Are Curated we’re taking this example out for a drive! 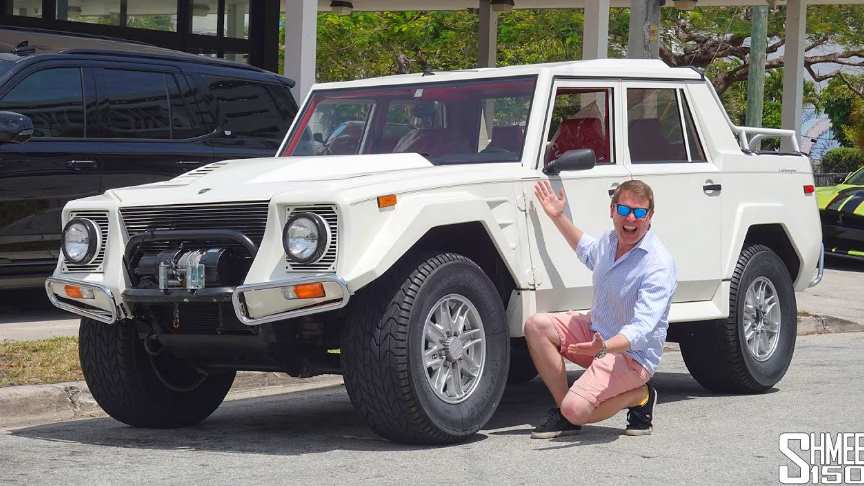 In total, Lamborghini made 328 LM002s between 1986 and 1993, having been inspired by the Cheetah and LM001 prototype military grade vehicles before eventually going into production. It’s powered by the 5.2l naturally aspirated V12 effectively sourced from the Countach and then later from the Diablo, with a 5 speed manual, but clearly a very different model from it’s successor in the form of the Lamborghini Urus. Watch the video from Shmee150:

After visiting John Temerian at We Are Curated a few months ago when we went out in the straight pipe Ferrari Enzo, this time around is something a little bit different. We can take a quick walk through the showroom to see what’s changed and some of the new arrivals, before it’s time to test drive the Lamborghini LM002.

The LM002 is directly responsible for the existence of the Urus now, being the forerunner of this luxury SUV market. As rugged as the LM002 is on the outside, it has a plush leather interior and the features you’d have been chasing back in the 1980s. With John taking the wheel to start, it’s then my turn to drive and have a small experience of what it’s like on a hot and humid day in Miami./via/read more: Shmee150