In this video from the Ed “Big Daddy” Roth exhibit at the National Corvette Museum in Bowling Green Ky I take a closer look at Ed’s first Custom car that was made of Fiberglass.Ed first heard of fiberglass from a Ford commercial where Henery hit the deck lid with a hammer that was made out of fiberglass and it didn’t dent. 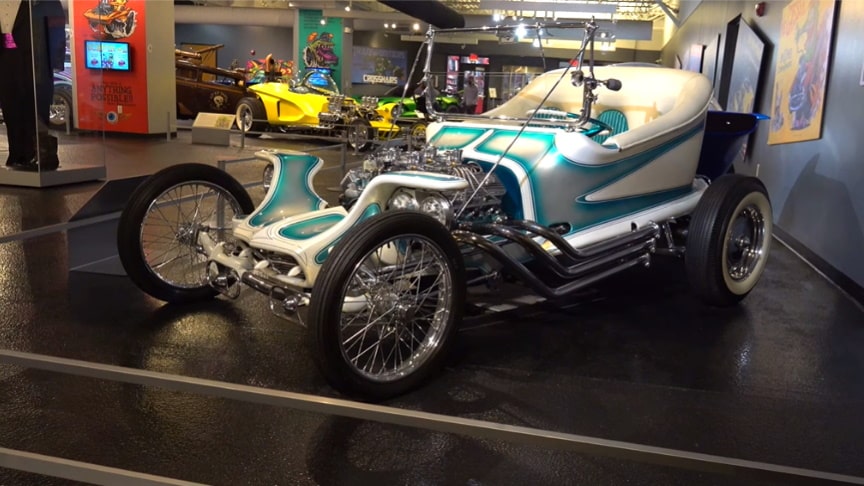 Ed got a closer look at fiberglass a few years later and He headed back to the shop to get started on “The Outlaw” Custom Hot Rod.Ed was known for crazy cars with monsters driving them.

He notably airbrushed them on T-shirts and then later was involved with Revell Model company having His creations put into 1/24 scale so You could build one of your own at home.

The Outlaw is a completely custom car powered by a 50’s Cadillac engine the chassis and the rest is all parts Ed put together from things laying around the shop.I was very honored be invited to the Corvette Museum to shoot this exhibit.I hope You enjoy it as much as I did.//ScottieDTV