A carburetor is a device that mixes air and fuel for internal combustion engines in an appropriate air–fuel ratio for combustion. In this video YouTuber SmarterEveryDay seeks to understand exactly how carburetors work. He explains that a carburetor consists of a top part called the venturi and a bottom part called the bowl. He then proceeds to build both a transparent venturi and a bowl. 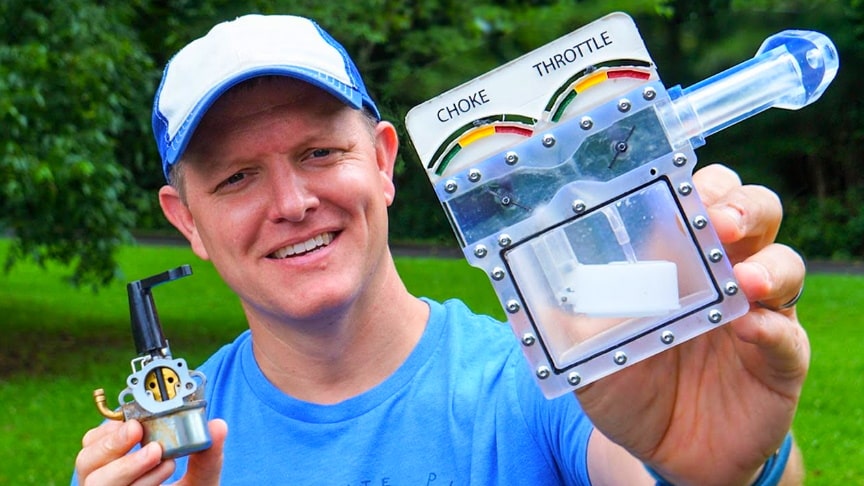 SmarterEveryDay proceeds to build a transparent carburetor, so we can see all the inner workings of this small but mighty device.A carburetor consists of an open pipe through which the air passes into the inlet manifold of the engine. The pipe is in the form of a venturi: it narrows in section and then widens again, causing the airflow to increase in speed in the narrowest part. Watch the video from SmarterEveryDay

Below the venturi is a butterfly valve called the throttle valve — a rotating disc that can be turned, so as to either allow or block the flow of air. This valve controls the flow of air through the carburetor throat and thus the quantity of air/fuel mixture the system will deliver, thereby regulating engine power and speed.

The throttle is connected, usually through a cable or a mechanical linkage of rods and joints or rarely by pneumatic link, to the accelerator pedal on a car, a throttle lever in an aircraft or the equivalent control on other vehicles or equipment.Fuel is introduced into the air stream through small holes at the narrowest part of the venturi and at other places where pressure will be low. Fuel flow is adjusted by means of precisely calibrated orifices, referred to as jets, in the fuel path./wikipedia