Students and researchers in the School of Mechanical Engineering at the University of Adelaide have developed a novel vehicle called a diwheel (seen below) that allows a driver to travel in a conventional upright position and, for the more adventurous, in an upside down position. 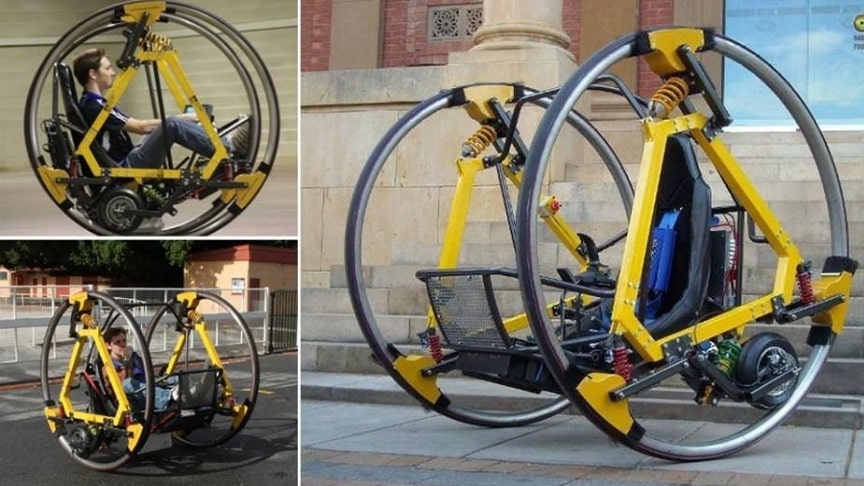 The diwheel consists of two large coaxial wheels that completely encompass an inner frame containing a driver. The inner frame is suspended within the wheels in such a way as to allow the inner frame to rotate freely. 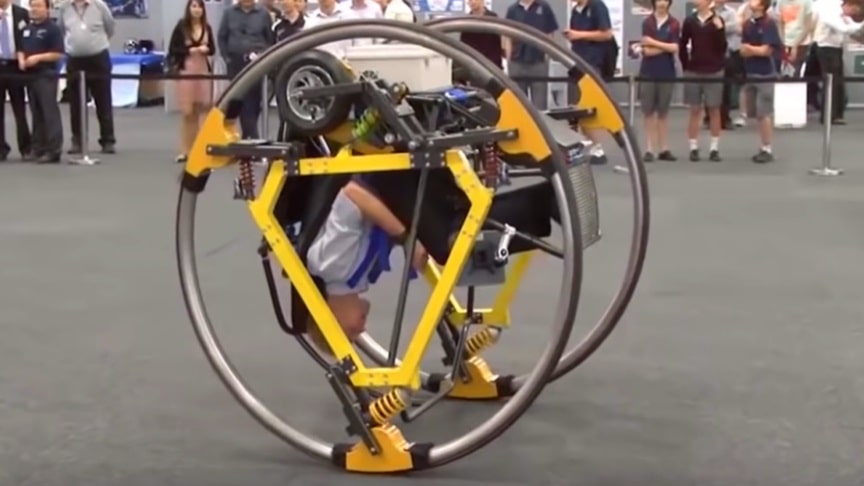 The University of Adelaide diwheel, affectionately known as EDWARD (short for Electric Diwheel With Active Rotation Damping), employs the latest drive-by-wire technology (used in modern aircraft) and control theory to aid the driver in piloting the vehicle.

Such technology prevents the inner frame from rotating (sloshing back and forth) during operation, an inherent property that has limited the drivability of previous diwheels. And for the thrill seeker, the unique dynamics of the vehicle can be exploited to invert the inner frame, so it is possible for the diwheel to be driven while the driver is upside down.

Though only capable of a top speed of 40km/hr and moving up inclines no higher than 12 degrees, the Electric Diwheel with Active Rotation Damping (EDWARD) is still very much a peek into what could be the future of city driving.

Inside NASA’s Solid Rocket Booster For The Space Launch System