The modern definition of a rat rod is a custom car with a deliberately worn-down, unfinished appearance, typically lacking paint, showing rust, and made from cheap or cast-off parts. 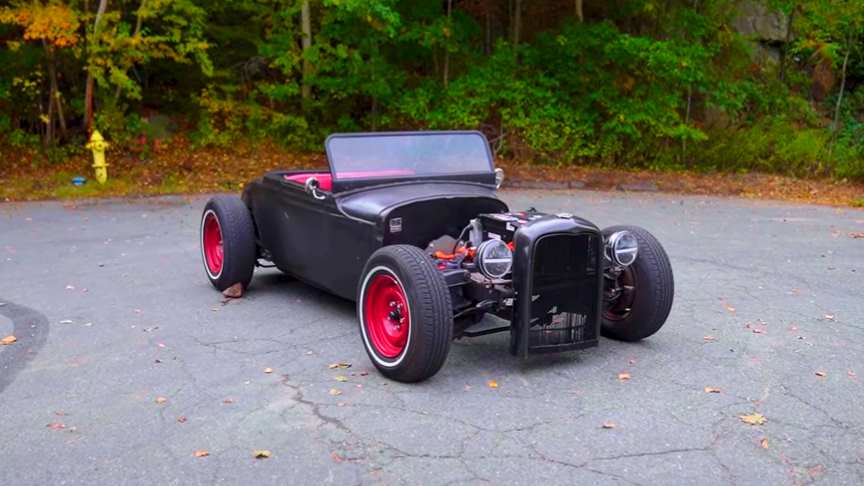 EVER wondered what happens when you put an electric motorcycle motor into a rat rod? Well, one car fanatic has the answer. Rich Benoit, a YouTuber from Gloucester, Massachusetts, has created something that he says has never been done before.

Rich told Truly: “No one has ever taken an electric motorcycle motor and put it in a car – it’s beautiful.” The 1930s vehicle was originally powered by a Chevrolet 305 V8 but that was replaced with an electric powerplant from Zero Motorcycles.

Rich Benoit created an adaptor plate to mount the electric motor to the Model A’s transmission and a coupler to connect the motor shaft to the transmission.The Zero electirc motor mount directly onto the cars existing three-speed gear box and still makes use of the manually operated transmition./Barcroft Cars