At the Farnborough International Airshow 2022 we were delighted to showcase our new-generation turboprop – an aircraft that is revolutionary in design, fully sustainable and offers passengers an unparalleled level of cabin comfort. Watch the video. 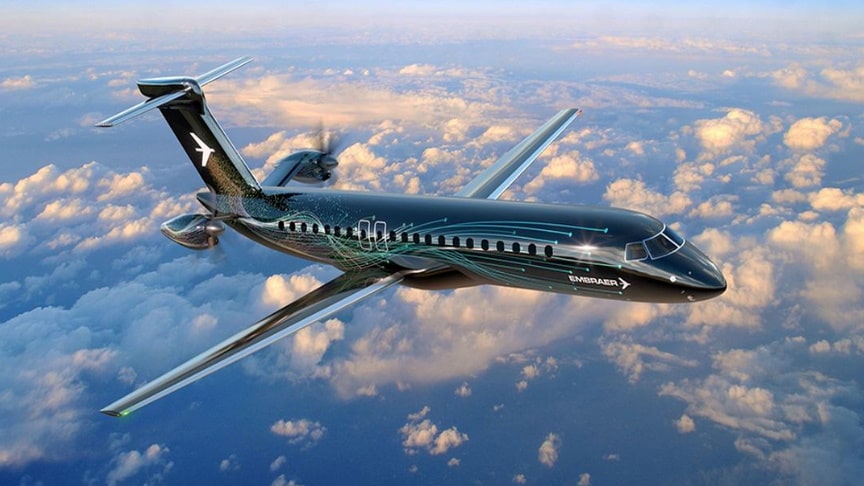 To recap, Embraer first floated the idea of a new family of turboprop regional airliners back in 2017 in response to a growing demand for smaller, more efficient aircraft. By 2021, the concept had snowballed into a 75- to 90-seat airliner, with a cross-section similar to the E-Jet E2 and a set of distinctive rear-mounted engines.