EPFL (Ecole Polytechnique Federale de Lausanne) Clip-Air project – an aircraft consisting of a single flying wing on to which capsules carrying passengers or freight can be attached. 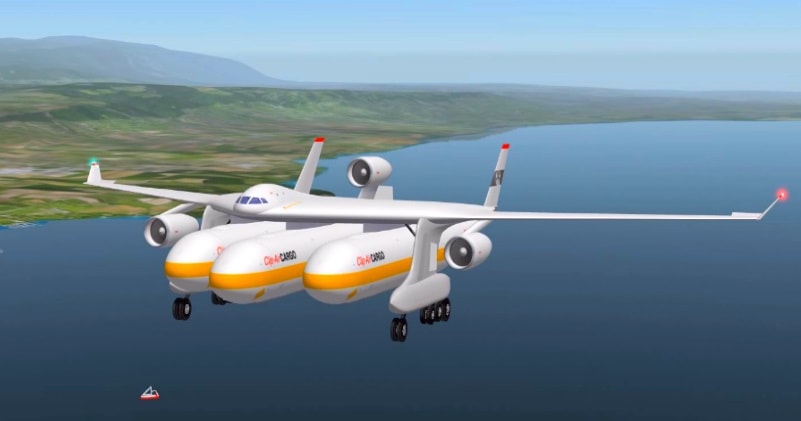 Each autonomous capsule is the size of a railroad car – about 30 meters long and weighing 30 tons heavy – and is compatible with rail tracks.

Modules are either loaded on a train or clipped under a flying wing, allowing more flexibility for people or fret transportation. Called “Clip-Air”, this concept opens the door to a wide range of new research opportunities.in the context of flexible transportation.

Clip-Air’s speed and range is expected to be on a par with that of modern midsized airliners, the beauty of the concept rests precisely upon the versatility provided by the capsules.The capsules can also be easily attached and detached from the airframe, making it possible for aircraft to achieve very quick rotations on the ground.