An escalator is a moving staircase which carries people between floors of a building or structure. It consists of a motor-driven chain of individually linked steps on a track which cycle on a pair of tracks which keep them horizontal. 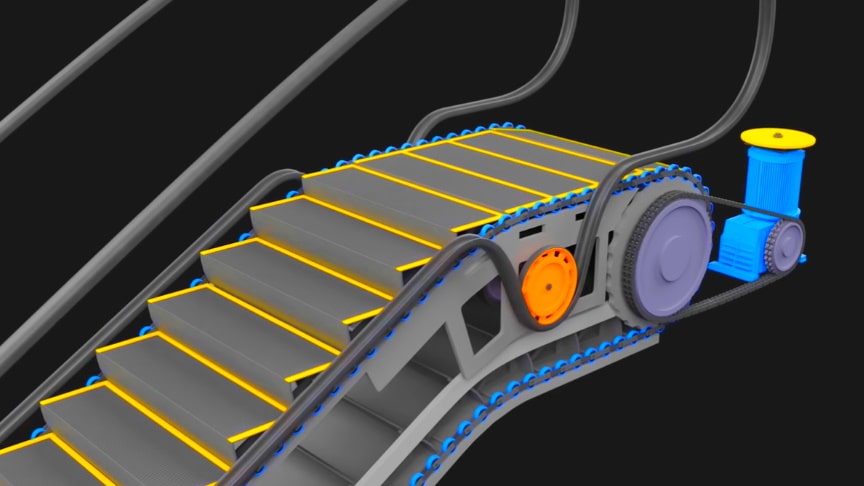 We use it all the time but most people have never actually seen the inner workings of an escalator! I’ve animated the inside to give you a detailed look at the steps, step chain, gears, handrail, and the motor. My favorite part is how the steps always stay level when they’re on top. Watch the video from Jared Owen for more info:

In this video we also take a look at how escalators layouts such as side by side or the criss-cross configuration. And yes,they really do have spiral escalators! Maybe I’ll cover that in a future video.

An escalator is made up of a set of interlocking steps, powered by an electric motor. A pair of chains looped around two pairs of gears rotate to move the steps along while a larger metal structure called a truss encases the entire mechanism to connect the floors. Escalators typically rise at an angle of about 30 degrees from the ground.They move at 0.3–0.6 metres per second like moving walkways and may traverse vertical distances in excess of 18 metres.//.wikipedia