We are stoked to present the 4ocean Mobile Skimmer! We custom manufactured this vessel to expedite the process of collecting accumulated plastic out of the ocean. We’ve been testing the vessel locally, after a bit more testing and tweaking, we’ll deploy internationally to pull massive amounts of plastic from the ocean. 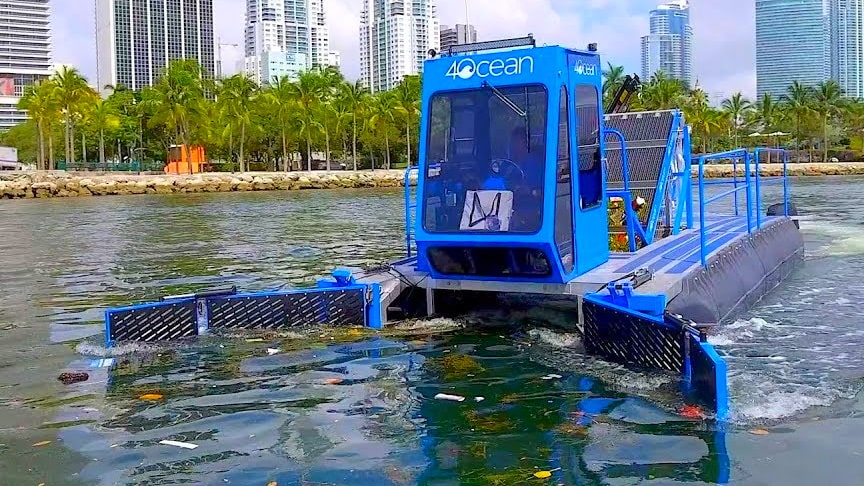 At just over 22 feet long and boasting retractable arms that give the vessel a wingspan of almost 13 feet, this machine is going to be a game-changer for us. Just a few people are needed to run it, we’ll be able to collect much more plastic n much less time.

Once the super sack is full, we take the crane that’s attached to the deck of the skimmer and move the sack out of the way. We then simply replace it with another one and keep on cleaning.4ocean