A monowheel is a one-wheeled single-track vehicle similar to a unicycle. Instead of sitting above the wheel as in a unicycle, the rider sits either within the wheel or next to it. The wheel is a ring, usually driven by smaller wheels pressing against its inner rim. 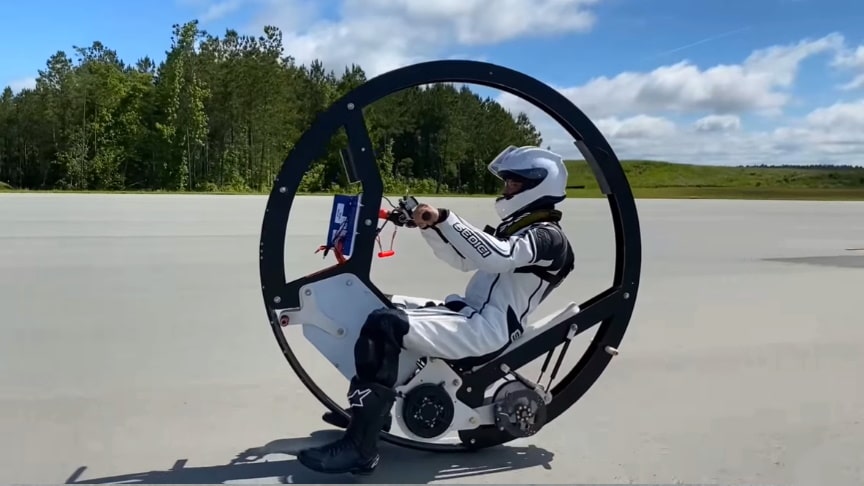 A small group of students from the Duke University in North Carolina USA, have built the World’s Fastest Electric, Monowheel, called the EV360, specifically designed to exceed speeds of 70 mph, in preparation for setting a new Guinness World Record.

Now the team were all set to attempt the world record late 2020, they had approval from the Guinness World Record team to attempt it, and they only had to surpass the speed of 45 mph to beat it, but the virus lockdowns delayed the attempt.

But since the Monowheel is able to reach speeds of up to 72 mph, surpassing 45 mph for the world record, it will be all about the driver developing the skills to ride it that fast. As seen in the crash compilation, there is a lot more to it than riding fast in a straight line.But since the bike is able to achieve the speeds necessary to beat the current record, it’s just a matter of time and practice to achieve it./ Wonder World