During the 2021 Passione Engadina event in Switzerland, I filmed the new Kimera EVO37 by Kimera Automobili, a road-legal restomod that marries the Lancia 037’s retro styling with modern tech. Like the original car, the Kimera EVO37 is powered by a 2.1-liter four cylinder engine which sounds just like the good old Lancia Rally 037!The shapes and lines are identical, while the only change given to the exterior design is the LED lights. 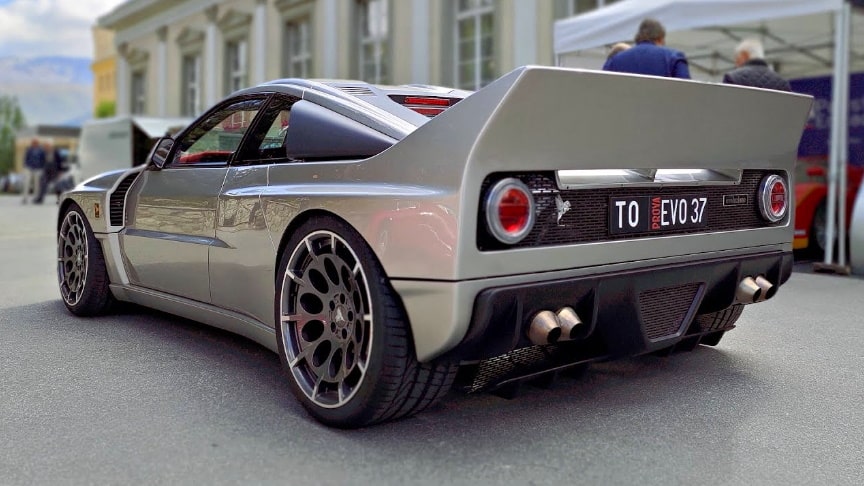 Kimera EVO37, inspired by the Restomod philosophy, takes this concept to the extreme by combining the style, character and charm of the latest “queen” with the characteristics of a modern “one-off” car in terms of technology, quality and performance.There’s a choice of sequential or six-speed manual gearbox with the 505PS and 550Nm of torque – far more than the rally cars had in period – all sent to the 19-inch rear wheels.

Conceptually, the car remains faithful and identical in its unmistakable line but is characterized by stylistic, technical, structural and functional references of the subsequent cars that dominated the rallies of the 80s and 90s and which find their Tribute in EVO37.