This sturdy bike is equipped with a 548cc Blackburne engine, heavy duty four bolt Sturmey Archer three speed gearbox, senspray carburetor and a massive flywheel to make sure that the engine runs very smooth. Special feature on this bike is the three bolt detachable cylinder head. 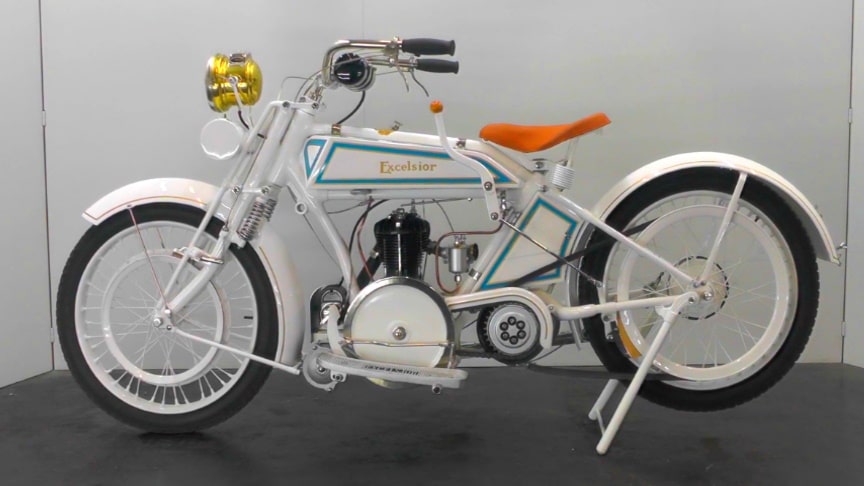 This fine running chain-cum-belt Excelsior has been restored to highest possible standard the paint is perfect and the stripping is painted as well how it should be. The white paint gives the motorcycle a noble appearance.

Excelsior, based in Coventry, was a British bicycle, motorcycle and car maker. They were Britain’s first motorcycle manufacturer, starting production of their own ‘motor-bicycle’ in 1896.

Originally a bicycle company making penny-farthings in 1874 under their original name: Bayliss, Thomas and Co, they later sold bicycles under the names of Excelsior and Eureka and changed the company name to Excelsior Motor Co. in 1910.