The F-16 at full military power and low altitudes burns about 8000 pounds of fuel an hour, which with a full droptank configuration gives it about 2 hours’ flight time. Cruising at higher altitudes, that flight time can be further extended as both the higher altitude and the lower throttle setting about 80% reduce fuel flow rate by up to 40% versus low-altitude flight. 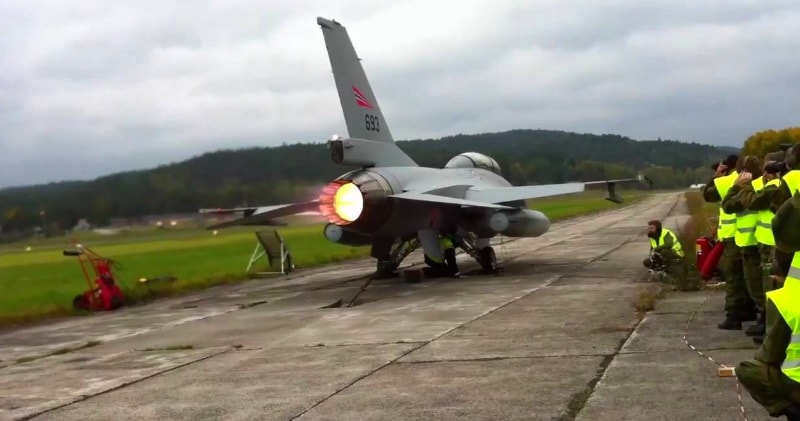 In full afterburner at low altitudes, the F-16 can burn in excess of 64,000 pounds an hour.In this version of F-16 experience, however, we’re checking out how impressive the plane can be all without even moving.

At full throttle, a U.S.-variant F-16 with maximum external fuel stores has about 20 minutes until it’s on emergency reserves which would only last an extra minute or so at full afterburner.

The speed gain is minimal the F-16 cruises at between 450-550 knots, while full afterburner only increases that to about 700-800 knots with a typical underwing loadout. So, burning 8 times the fuel, you get around a 50% speed boost.