The FanWing is a distributed-propulsion aircraft with a trapped vortex inside the rotor cage. A cross-flow fan near the leading edge of the wing transfers the work of the engine to the air along the entire wingspan. 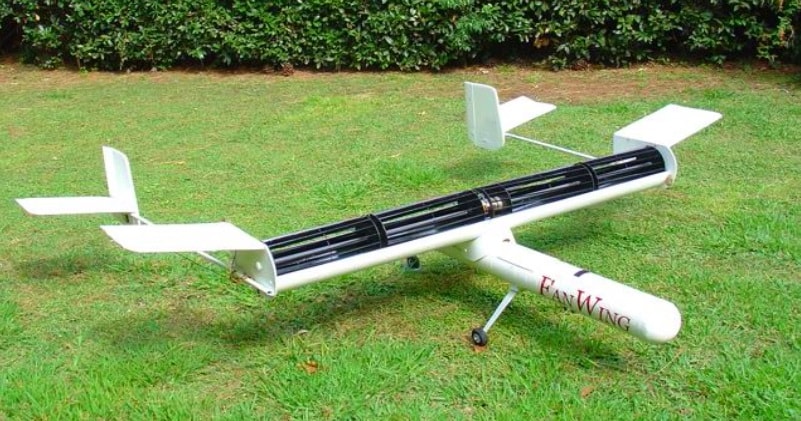 The resulting increased lift from the trapped vortex and the rearward acceleration of a large volume of air offers very short take-off-and-landing with quiet and efficient short-haul heavy lift capability.

The FanWing has safety features of no sudden stall at high angles of attack, no asymmetry if one engine fails and can auto-rotate (like a helicopter) to make a safe landing if all engines fail.

Documented efficiencies for the first prototypes were 20 grams of lift per Watt of shaft power and later wind-tunnel tests indicated 29 g/W. Recent tests of a large-scale model have enabled the ‘fan scaling laws’ to be established for this novel configuration and this allows performance predictions of large FanWing aircraft to be made.