Toyota has taken its own iconic toy, the Hilux, and transformed it into a life-sized Tonka Truck using some pretty unique add-ons.Based on the HiLux pickup, the big, yellow, go-anywhere off-roader was built to celebrate the popularity of the dual-cab workhorse and celebrate Tonka’s 70th anniversary. 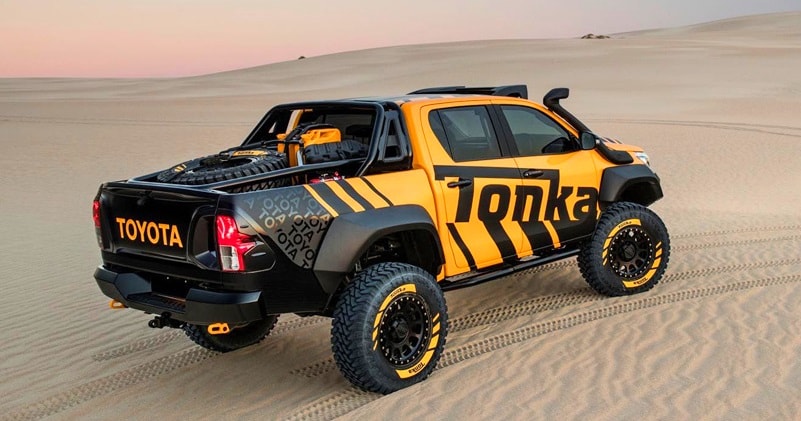 The concept was conceived, designed, assembled and tested by designers and engineers from Toyota Australia’s 150-strong product planning and development division. 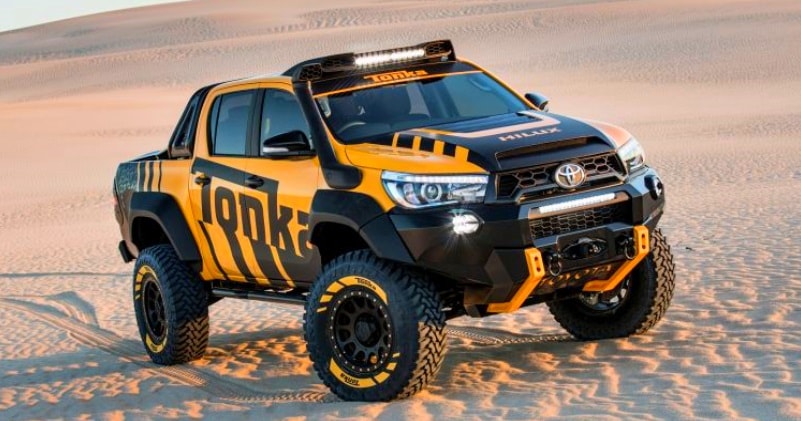 Underneath the front end is a 6mm thick alloy bash plate designed to protect the 2.8-litre four-cylinder turbodiesel engine, especially its oil sump. There are also side rails to protect the body.

LED light-bars have also been incorporated into the front bumper and the roof rail to provide enhanced vision in poor lighting conditions. “If you ever dreamt of a real life Tonka Truck as a child, Toyota Australia have created just that!”