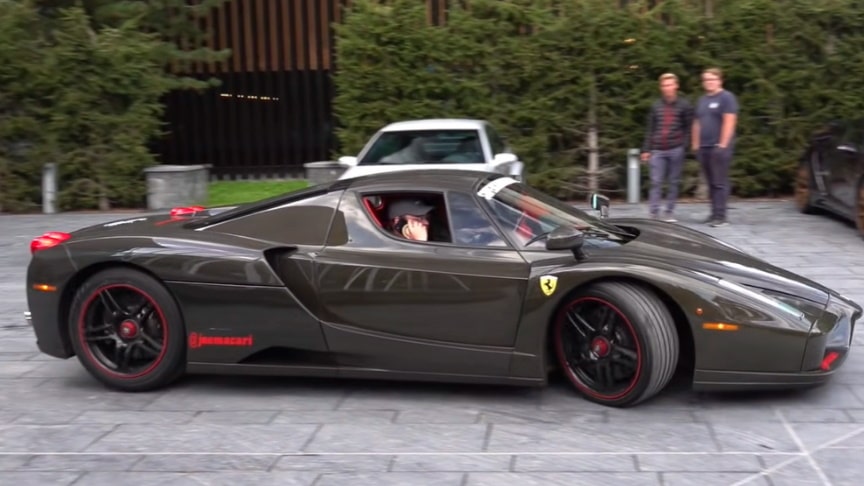 Also used are technologies not allowed in F1, such as active aerodynamics and traction control. This particular Enzo was rebodied by Carrozzeria Zanasi in Italy to show off the car’s carbon fiber construction. What you see here is the one and only Ferrari Enzo in the world finished in fully exposed carbon fibre. Enjoy the footage of this extremely rare car.

The Enzo has an automated manual transmission (known as the F1 gearbox) using paddle-shifters to control an automatically actuated electrohydraulic clutch and shifting mechanism,[14] with LED lights on the steering wheel telling the driver when to change gears./NM2255 Car HD Videos