Ferrari has shown on its world premiere at Concorso d’Eleganza Villa d’Este 2018 the new Ferrari SP38 Deborah, a one-off supercar based on the 488 GTB designed for one of Ferrari’s most dedicated customers! 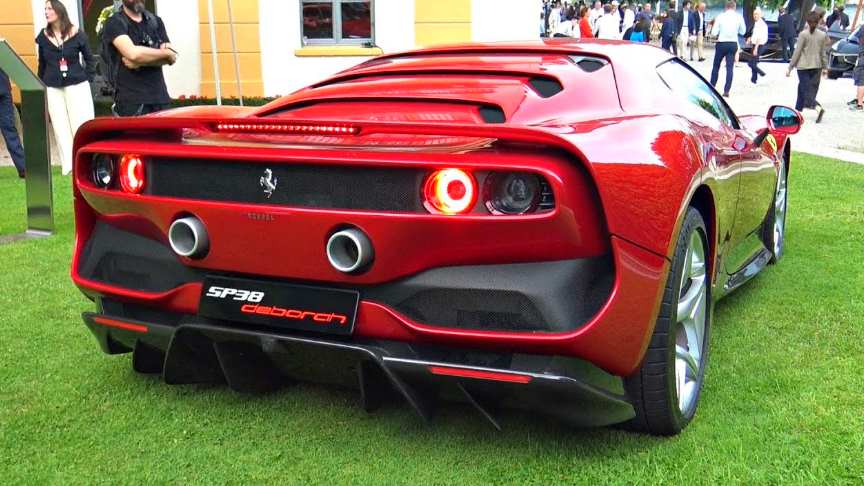 Video shows the car starting up its 670 horsepower 3.9 liter twin turbo v8 engine and moving around Villa d’Este so you get to see the car for a bit, as well as hear the engine sound!

The large standard air-intakes of the 488 have been replaced by two small air intakes located near to the rear side windows and look integrated into the body.

At the rear, an integrated fixed rear wing and a new carbon fibre engine cover with three slats is present in place of the 488’s glass unit for improved engine cooling, resembling that on the F40 along with a new set of tail light assembly and a modified exhaust system.