It’s a big year for BMW M, 50 years in fact of the M division, and one product soon to launch is this, the new BMW XM! It’s the first exclusive-M model in over 40 years, a hybrid V8 sports-luxury SUV and ahead of the launch we can have a first experience of the driving dynamics. 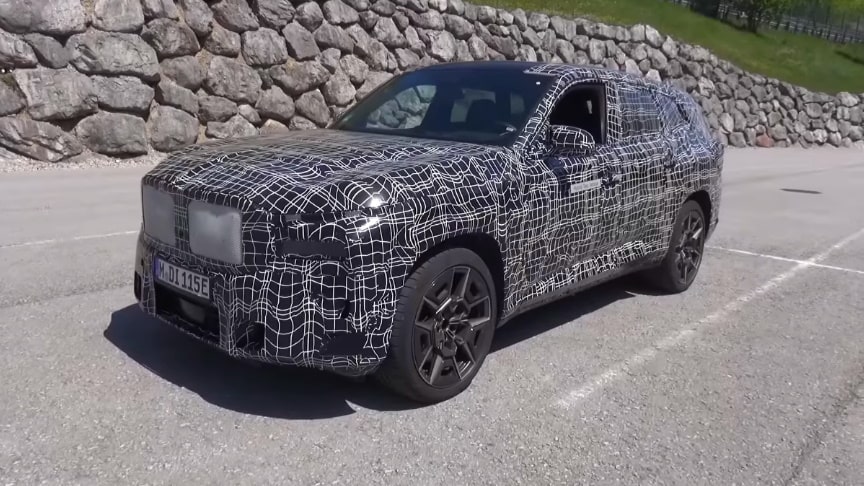 In 1978, we had the arrival of the BMW M1, since then however the team at M have worked on derivatives of BMW models but now it changes with the arrival of XM. The BMW XM is an exclusive model from M, positioned in size between the X5 and X7 while also being the first ever production hybrid model from M.

With a 4.4l TT V8 and a hybrid gearbox, we’re driving a prototype on this occasion with 480kW (650hp) and 800Nm, while also having 80km electric range, but also expect a higher performance version along the lines of 750hp to arrive in production form.

The concept launched late last year and gave us an idea of the design and styling, but of course at this stage the car is fully concealed to minimise what we’re able to find out about it until the full launch in the future.After a quick walkaround, let’s go for a very brief first drive experience and get some early thoughts on BMW M’s hybrid powertrain within the XM, and the setup of the driving dynamics.//Shmee150