The Bell 222 is an American twin-engine light helicopter built by Bell Helicopter. The Airwolf version is the helicopter from the 1980s American eponymous television series.Its fictional features included stratospheric ceiling, stealth noise signature, a wide range of equipmentss and even supersonic speed. 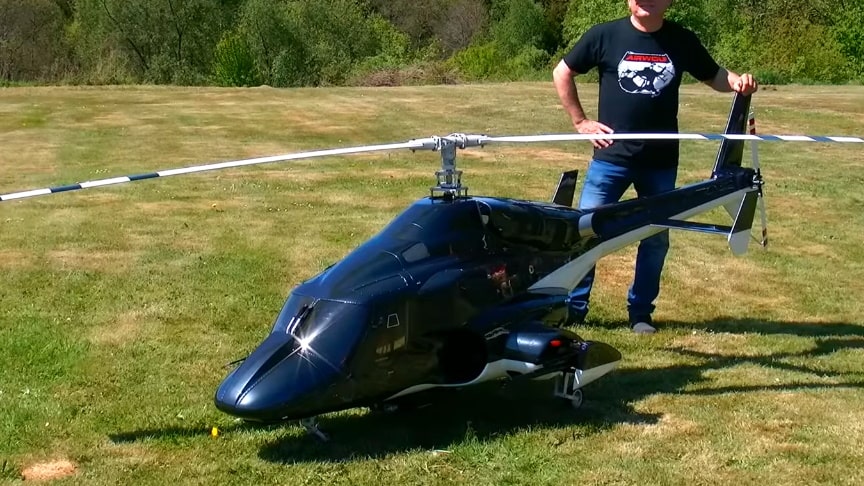 The helicopter is covered with a fairly decent looking, light-weight polycarbonate Bell 222 body / fuselage with the Airwolf color scheme.

The retractable undercarriage is mounted on the transverse member below the tank. The supports in the fuselage for the mechanical system are also based on a GRP sub-structure.//RC MEDIA WORLD.