In 2017 we revealed something the world had never seen before, a two-seater, all-electric, jet-powered vertical take-off and landing air taxi. Now, we’re taking it to the next level with the maiden flight of our five-seater prototype. The Lilium Jet takes us another huge step towards making urban air mobility a reality. 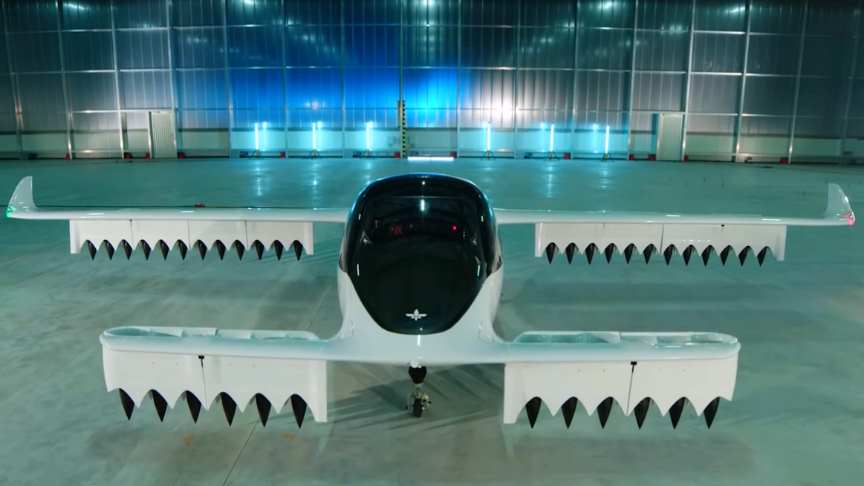 The Lilium Jet is planned as a five-seater aircraft. It is powered by 36 electric motors with six of them on each of the two front wings and twelve on each rear wing. Additionally to the fixed part of the wings, the propellers and engines are each installed in twelve tiltable wing parts.

They are referred to by the manufacturer in analogy to Landing flaps as flaps. The drive-carrying “flaps” are pivoted downwards for vertical launch.At the transition in the horizontal position, a forward thrust is generated.

This is energetically much more economical than the lift by pure rotorcraft.The five-seat Lilium Jet targets a range of 300 km (160 nmi), its 36 electric ducted fans are powered by a 1 MW (1,300 hp) lithium-ion battery, less than 200 hp (150 kW) are required to cruise.