A hydraulic jump is a phenomenon in the science of hydraulics which is frequently observed in open channel flow such as rivers and spillways. When liquid at high velocity discharges into a zone of lower velocity, a rather abrupt rise occurs in the liquid surface./wikipedia 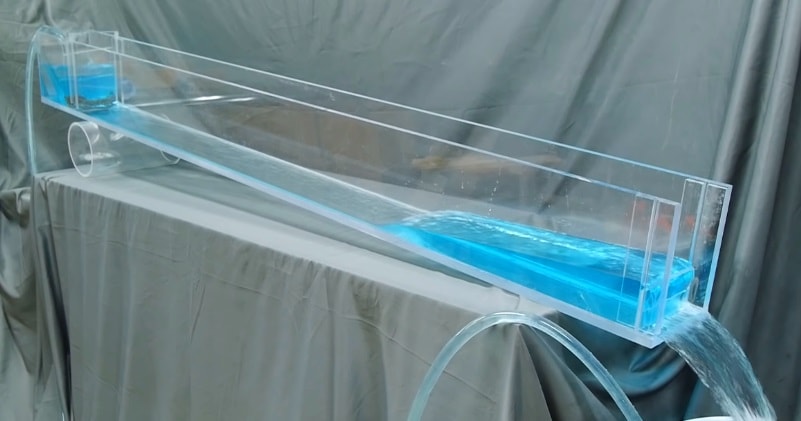 Engineers need to be able to predict how water will behave in order to design structures that manage or control it. And fluids don’t always behave the way you’d expect. On this episode of Practical Engineering, we’re talking about one of the most interesting phenomena in open-channel flow: the hydraulic jump.via: Practical Engineering

The rapidly flowing liquid is abruptly slowed and increases in height, converting some of the flow’s initial kinetic energy into an increase in potential energy, with some energy irreversibly lost through turbulence to heat.

In an open channel flow, this manifests as the fast flow rapidly slowing and piling up on top of itself similar to how a shockwave forms.The motion of individual water molecules becomes erratic and unpredictable. The interruption of flow patterns also reduces the kinetic energy of the water.