With all pop culture, it has a humble beginning. Back in the far off year of 2012, an artist by the name of Tony Holmsten created an art series called killer is dead. In it, he featured what can only be descriptive is a Miyazaki era laputa creation that seems to defire gravity. While impressive, its our next artist, Alexander Tujicov.Who turned it into a 3d model. Its been so popular that hes increased the price up to 500 usd – which credit where credit is due, the 3d is so good that it fooled the world. 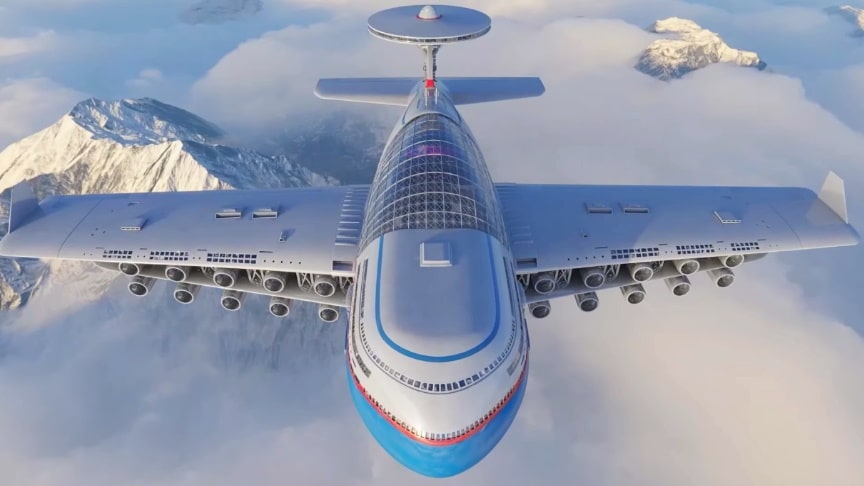 Then enters our hero of the story – Hashem Al-Ghaili. As part of some worldbuilding on reddit, he used the model to describe a fantastical flying hotel. One that could carry 5000 passengers all over the world with luxury that isn’t even found on cruise ships. Everything from restaurants, shopping malls hospitals to even a 360 sky deck.

Such a large aircraft of course, would require a powersource that is equally bonkers. Fusion nuclear power. With near unlimited nuclear fuel, it could fly forever and never have to land. Which btw, is the same concept behind the equally insane lockheed flying aircraft carrier which i covered on the channel – which you can watch here.

To ensure a safe passage, the plane would use state of the art artificial intelligence to pilot the craft and navigate turbulence – using what the author describes as noise cancelling technology. Passengers would fly on convered 747s from the ground up to the sky cruiser to dock, and from there, experience the very best that the earth, and sky, has to offer.//Found And Explained