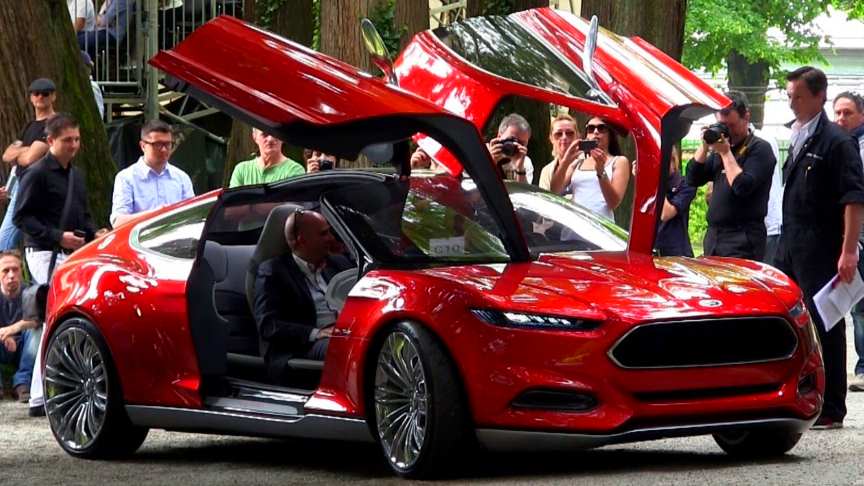 The Ford Evos, with distinctive gull-wing doors front and rear, is the length of a compact car but almost as wide as a mid-size vehicle, giving its four occupants a more spacious feel.

Another beauty that was present at the 2012 Concorso d’Eleganza at Villa d’Este in Cernobbio: the Ford Evos Concept.You can see a driving scene of the car with two of the four gullwing doors opened and then I show you one of the thing that most impressed me of the car: the interiors.

When you watch inside the car the first thing that catch your eyes are all those touch screens and the beautiful and simply seats.The exterior design, referred to as Kinetic 2.0, was carried out by Stefan Lamm under the leadership of Ford of Europe’s executive design director Martin Smith. The car features four gull-wing doors and is not intended for production.///19Bozzy92